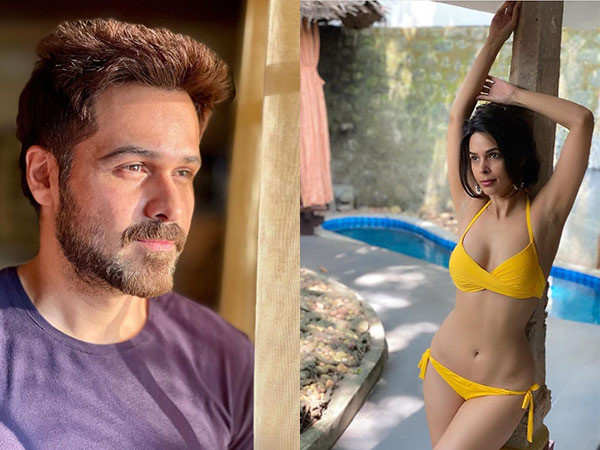 Mallika Sherawat shot to frame in 2004 with Murder. Her sizzling scenes in Murder created a storm in the industry and she soon became a sensation. Mallika Sherawat was recently on a chat show which is hosted by Mandira Bedi.

She recalled the time when Murder was about to release and news about her cold-fight with co-star Emraan Hashmi did the rounds. She had even gone ahead and said things like she would rather kiss a snake than Emraan Hashmi and even made rude comments on kissing scenes. However today when she looks back at it, she told the host that she finds the fights childish. She even agreed that Emraan Hashmi was a good co-star, though they didn’t talk much he was very giving. Now it looks like the cold war has ended.

Mallika Sherawat will be soon seen in a film called RK/RKay which is directed by Rajat Kapoor and awaits its Indian release. She will also be seen in Nakaab which also has Ankita Chakraborty and Esha Gupta along with her. The actress is often spotted in the city and makes heads turn for her paparazzi moments.