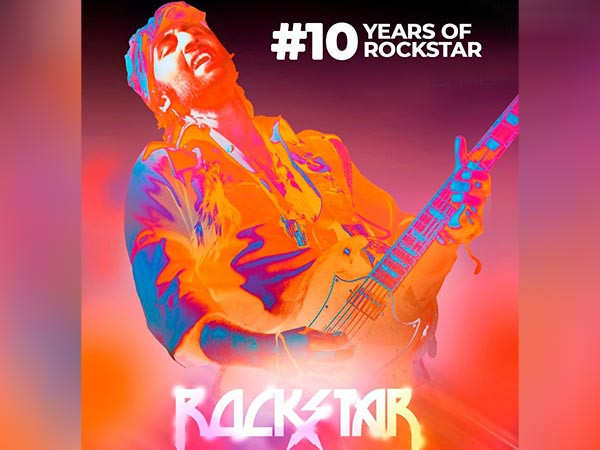 Netizens love to mark a special year of their special film. Few days back netizens celebrated 14 years of Sawaariyaa which happened to be Ranbir Kapoor’s debut film and hence it was also 14 years of Ranbir in the industry. Today cinephiles and RK’s fans celebrate 10 years of Rockstar – a film by Imtiaz Ali.

Imtiaz Ali’s modern take on love, heartbreak and music had lukewarm response at the box-office but fans had loved the film especially the music and Ranbir’s performance. Imtiaz Ali took to his social media and shared a special poster which features Jordan aka Ranbir. The director even shares fans’ posts of people celebrating the film completing a decade and hailing it as the best film and even calling it a masterpiece.

AR Rahman who had composed a superhit album for this musical also took to his social media. He shared a quirky poster of Rockstar and captioned the trending hashtag – #10YearsOfRockstar. AR Rahman had won the Filmfare Award for Best Music for the film and Ranbir Kapoor had bagged two Black Ladies for Best Actor Critics and Best Actor in a Leading Role.

Rockstar had marked the debut of Nargis Fakhri who went on to become a siren in the industry and featured in several films. It was Ranbir and Imtiaz’s first collaboration and then they later worked in 2015 with Tamasha.