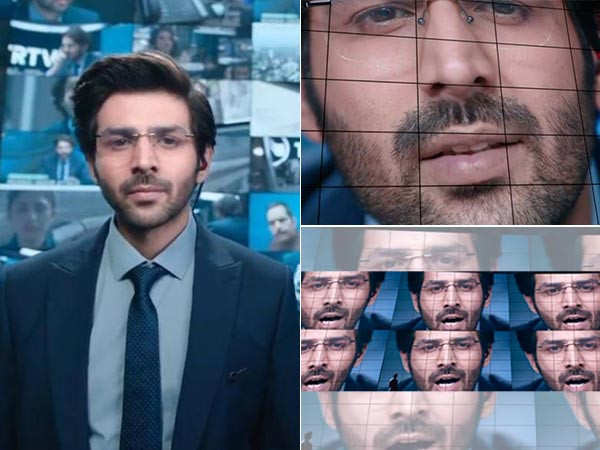 Kartik Aaryan is busy these days promoting his next big film – Dhamaka. The actor has been going all out to promote the Ram Madhvani directorial which sees him in a never seen before Avatar – playing a serious news reporter named Arjun Pathak.

This afternoon Kartik Aaryan took to his social media to drop a new teaser from Dhamaka where we see Kartik Aaryan as Arjun Pathak watching himself talk on multiple screens. Here he questions us about how far one can go for success and his dialogue delivery is so strong that the lines hit you hard. Check out the teaser and his character promo and we bet you will be intrigued to know more about his character and the film.

Kartik Aaryan’s Dhamaka releases on November 19 on Netflix . The film will be the actor’s first outing on OTT. Director Ram Madhvani has praised the actor’s performance on several occasions and asked us to wait and watch out for Kartik’s explosive performance in the film. Meanwhile Kartik has started shooting for his next Shehzada and has Bhool Bhulaiyaa 2 and Freddy in the pipeline.