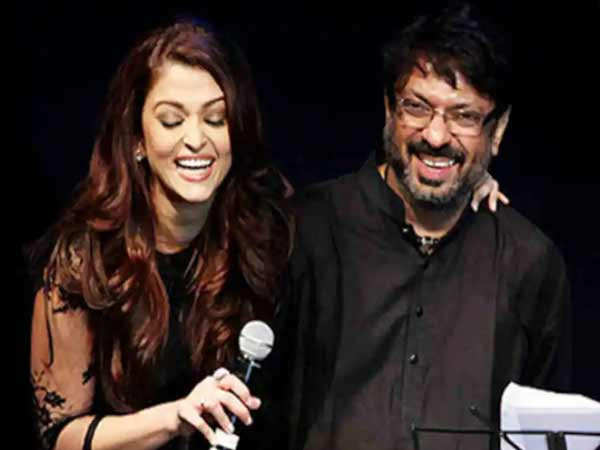 As the beautiful Aishwarya Rai Bachchan celebrates her birthday today, we revisit an interview with filmmaker Sanjay Leela Bhansali where he praised the gorgeous diva. “There’s something in her eyes. That’s the most important aspect of her beauty. They are not ‘normal’. They are so powerful that even if you don’t give her dialogue, they emote. Some eyes have devi shakti (power of the goddess). Like Hemaji’s (Malini) eyes. Like Lataji’s (Mangeshkar). Also, her eyes are beautifully coloured and fill up naturally. When I met her for the first time inhi aankhon ka asar huwa tha (these very eyes had affected me deeply). I remember we were at the screening of Raja Hindustani. After the film she came up to me in the lobby, shook hands and said, “Hi! I am Aishwarya Rai. I liked your work in Khamoshi.” Our hands met, our eyes met. I saw a fire in her eyes. Those days I was looking for a girl to play Nandini. I said to myself, ‘Yehi to hai meri Nandini (she is my Nandini)’. People had doubts, whether she would deliver because she had a Miss World image and a Western face. But I thought why not tie her hair in a plait and give her a traditional look?” Sanjay Leela Bhansali had told Filmfare in an exclusive interview.

Aishwarya had been SLB’s evergreen muse and he’s had a long friendship with her. Hence, he had even shared some insights into her personality. “People call her cold, distant and manipulative. Yes, she thinks before she acts. She has a mind of her own. But she has a heart that feels more. In every hour of crisis I’ve gone through, Aishwarya Rai has called, called again and again. Be it Saawariya not doing well or when we had a difference of opinion about Bajirao Mastani being shelved for various reasons. I thought she’d gone to press saying she wouldn’t do it instead of telling me. But she came on the sets of Black and cleared it all saying, “I don’t have anything in my heart. I have personally come to tell you this. I want to connect with a friend.” There’s nothing cold about her. She’s always been so warm to my mother (Leela Bhansali) and sister (editor Bela Sehgal). Because of her precision of beauty and achievements, she becomes distant for you. You put her on a pedestal. But actually she’s very vulnerable, very sensitive and gets hurt very easily. She’s God fearing and honest,” he had said.