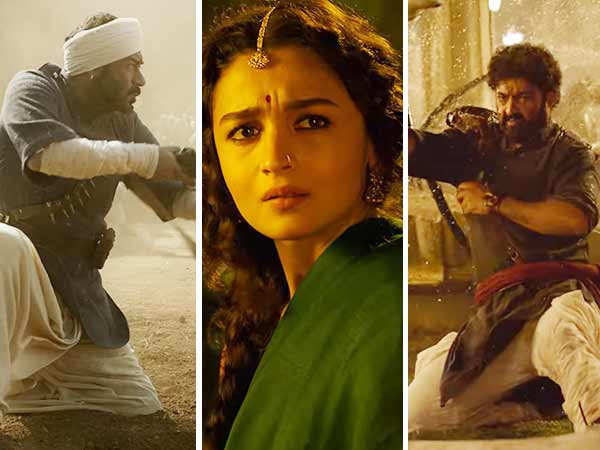 NTR, Ram Charan, Ajay Devgn, Alia Bhatt shine in ace director SS Rajamouli’s RRR Glimpse which just dropped on social media. The film has clearly been done on a massive scale and it shows. In anyone else’s hand, RRR may have become yet another VFX disaster but SS Rajamouli is a master of his craft and the teaser has whet our appetites for the movie and how!

The teaser for RRR shows NTR and Ram Charan battle each other. Ajay Devgn also brings his action skills to the frame while Alia Bhatt looks devastatingly beautiful and emotes multiple emotions with her eyes. Take a look for yourself.