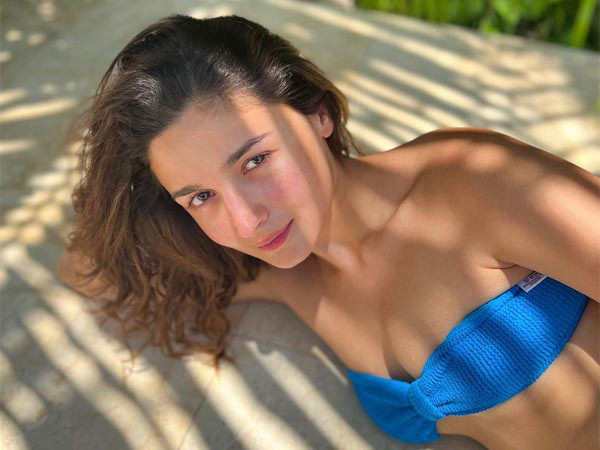 Alia Bhatt and Ranbir Kapoor have been dating for a while now and rumours of their impending wedding have been doing the rounds for months. While the actors weren’t really open about their relationship initially, Alia has been sharing images and posts which allude to the actor. In fact, the couple even spent Ranbir’s birthday together. Now, Alia has shared a post on Instagram which has been raking in the likes.

The post also has a Ranbir Kapoor reference. Alia is dressed in denim shorts and a green crop top which shows off her washboard abs. Alia holds a leaf in front of her face but a piece of jewellery on her finger has caught people’s eye. She is seen wearing a ring with the number 8 on it – Ranbir’s lucky number. Some may even say that it is the “infinity symbol” if placed horizontally.