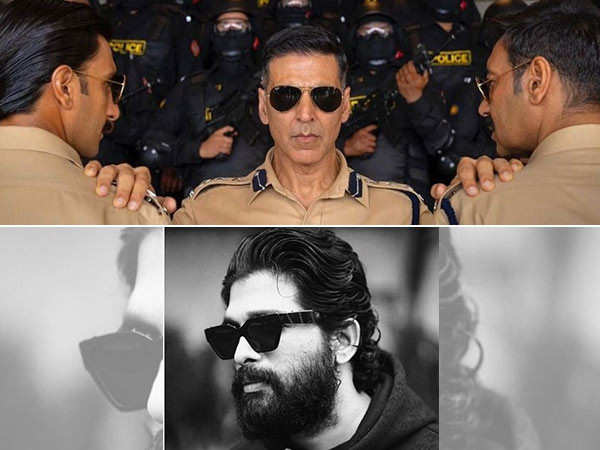 Rohit Shetty’s next Sooryavanshi is set to release next week on Diwali. The director kept his promise and made sure that the film releases only in cinemas and waited for almost 15 to 18 months for a theatrical release. No wonder not only Hindi cinema, but artistes nationwide applaud this action.

Recently Allu Arjun was invited as the chief guest to Varudu Kaavalenu pre-release which was held in Hyderabad. The actor speaking about the movies started talking about Sooryavanshi where he said – I really wish all the best to the team of Sooryavanshi, I really wish you get people back to the cinemas. And he further even called the film ‘our film.’ His reaction was applauded by everyone.

Rohit Shetty, who rarely takes to his social media, shared a small clipping from the event and said, ‘As I said earlier, it’s not my film, it’s OUR film… Thank you for the love and support my brother. Wish you ALL THE BEST FOR PUSHPA @alluarjunonline you are a ROCKSTAR.’ Well, truly Allu Arjun is a rockstar and showing such solidarity as an industry for its small changes to bring normalcy back in the theatres.