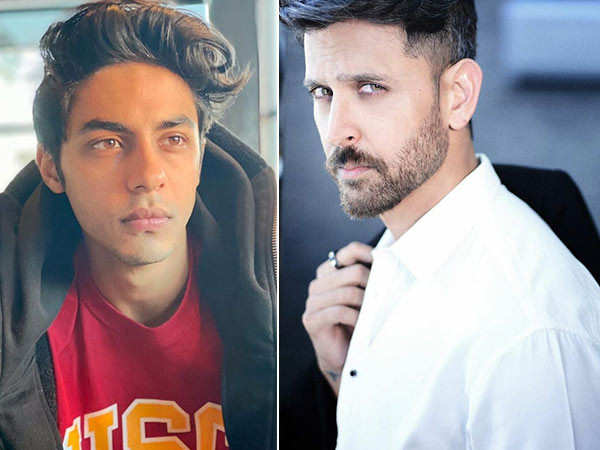 The Aryan Khan drug case has been all over the media for the last couple of weeks. Shah Rukh Khan’s son was caught by the NCB on October 3 and till date the star kid has not been given bail despite several court hearings and with the fact that the young lad was not even found with drugs in possession.

A leading reporter on social media who often states facts, shared a video where she says that Justice Nitin Sambre, who is hearing the Aryan Khan drug case, has previously allowed bail to men who have been found in possession of drugs. Hrithik Roshan shared this video on his Instagram story and captioned it saying, ‘If these are facts, it’s truly sad.’ Clearly the actor has yet again spoken in support of Aryan Khan and several other people demanding the young lad’s bail.

Hrithik Roshan earlier too had spoken in support of Aryan Khan and had penned an open letter on his social media. Here are the excerpts from his previous post for Aryan Khan, “My dear Aryan. Life is a strange ride. It’s great because it’s uncertain. It’s great cause it throws you curve balls, but god is kind. He gives only the toughest ones the toughest balls to play. You know you are chosen when amidst the chaos you can feel the pressure to hold your own. And I know you must feel it now. The anger, the confusion, the helplessness. Aaah, the very ingredients that are needed to burn the hero out from inside you. But be wary, those same ingredients could burn away the good stuff… the kindness, the compassion, the love.”

Aryan Khan’s court hearing will happen today again at 2:30 pm and people are hoping that the young boy is given bail.