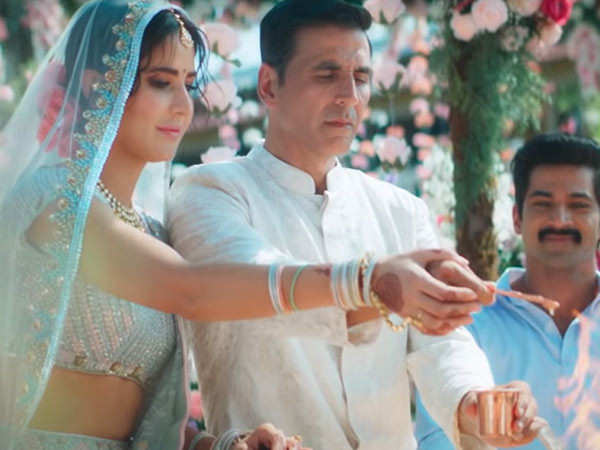 Sooryavanshi is clearly one of the most awaited films this year. The movie stars Akshay Kumar, Katrina Kaif, Ajay Devgn, and Ranveer Singh in the lead roles and is produced by Hiroo Yash Johar, Aruna Bhatia, Karan Johar, Apoorva Mehta, and Rohit Shetty. The movie has been directed by Rohit Shetty.

The latest song from Sooryavanshi, Mere Yaaraa, is out and it shows Akshay Kumar romancing Katrina Kaif. The two have a lovely romance with Katrina donning some lovely sarees at the beginning of the song. Akshay Kumar and Katrina Kaif’s characters also get married in the music video and then Katrina gets pregnant. A shot shows Akshay Kumar’s character kissing Katrina Kaif’s swollen belly. The couple also has a child together in the song. Mere Yaaraa has been sung by Arijit Singh and Neeti Mohan with lyrics by Rashmi Virag.

Watch the video below: