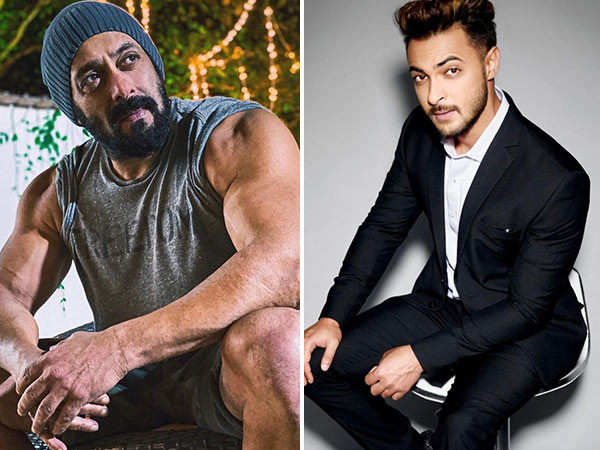 Birthday boy Aayush Sharma’s next Antim – The Final Truth has been in the news for a long time. The film brings him to share screen with his brother-in-law and superstar Salman Khan. Yesterday the makers released the trailer and everyone was quite surprised with it.

In the trailer we see both Salman Khan and Aayush Sharma at their fittest coming together in some intense action sequences. In one of the scenes we see Aayush landing a punch on Salman Khan. Talking about the same scene, Aayush had something funny to say at the launch. The young actor said that he was scared to punch Salman Khan during the shoot. He even adds that he had an exit plan ready and had asked his team to keep his car ready so that in case things go wrong at the shoot and he lands up literally hurting Salman Khan, he would run away. Now that’s hilarious.

Salman Khan who was present when Aayush Sharma passed this comment, added saying that where would Aayush go… back home!? And made a light moment out of it. Antim is the remake of Marathi film Mulshi Pattern and Mahesh Manjrekar helms the Hindi version. The film releases on November 26.  Today Aayush Sharma marks his birthday and the boy had a great bash last night.