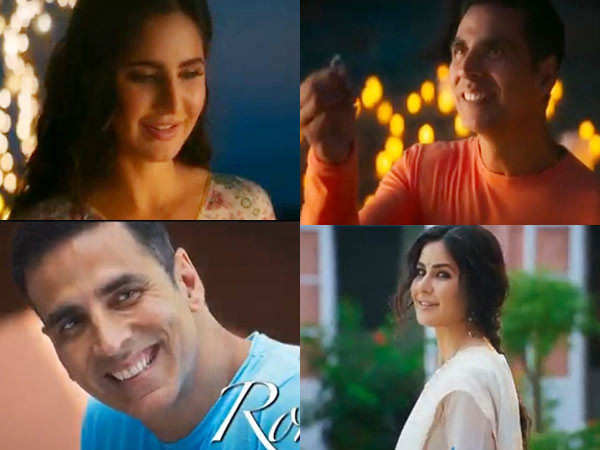 Akshay Kumar and Katrina Kaif have given us several big films and uncountable memorable songs together. Reuniting with Sooryavanshi after a decade, the two are all set to spell romance and magic with their chemistry.

Just this morning Akshay Kumar took to his social media and shared the teaser of their new song Mere Yaaraa. The song is a romantic number and we see Akshay and Katrina very much in love. The actor captioned the video beautifully and gave us a gist of the track. His tweet reads, ‘When her one smile makes you smile…let’s cherish the romance with #MereYaaraa, song out tomorrow.’ Now we surely can’t wait to see the song and enjoy the magic.

The team had just launched their first song Aila Re Ailaaa last week, which showed Akshay Kumar recreating his old song and adding some new dance steps to it. Joining him in the song is Singham aka Ajay Devgn and the wacky Simmba aka Ranveer Singh. Rohit Shetty finally completes his trio in the cop universe with the release of Sooryavanshi. Sooryavanshi will release on November 5th in theatres and the industry has big hopes from the film to revive the theatre and cinema hall business.

When her one smile makes you smile…let’s cherish the romance with #MereYaaraa, song out tomorrow.