She was born to be a rockstar – Samantha on Allu Arjun’s daughter, Allu Arha 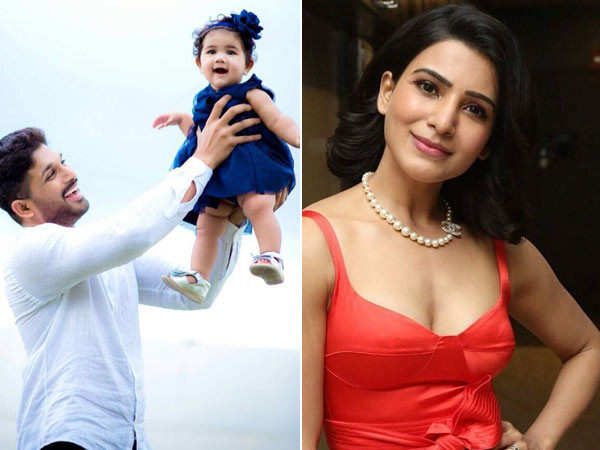 Actor Allu Arjun’s daughter, Allu Arha made her acting debut in the Telugu period drama, Shaakuntalam which is being directed by Gunasekhar. Shaakuntalam stars actress Samantha in the lead role as Shakuntala and actor Dev Mohan as Dushyant. Now, in an exclusive interview with Filmfare, Samantha has spoken highly of Allu Arha. “She was born to be a rockstar. Anything I say will just be an understatement of what that little girl has done. She was confident of herself despite there being 200-300 people on the set. She got her takes right on the first go. She speaks Telugu just so amazingly. She was born to be a superstar and I’m so happy that she made her debut with me because, many years down the line, she is going to rock this industry. Once you see the film, you’ll completely agree with me,” Samantha said about Allu Arha.

Allu Arjun had taken to social media to make the announcement about his daughter’s acting debut and said: “A proud moment for the Allu family to announce that the fourth generation, #AlluArha, will be making her debut with #Shakuntalam.” The actor went on to thank director Gunasekhar and his daughter Neelima for this great opportunity.