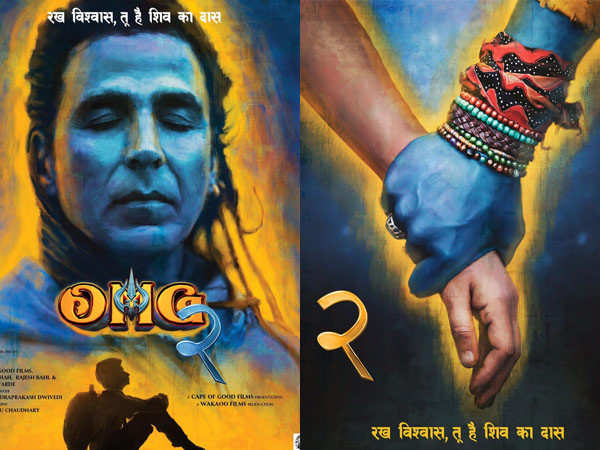 OMG (Oh My God) released back in 2012 and it created a stir as the film spoke about blind faith in people who call themselves messengers of God. The film starring Akshay Kumar, Paresh Rawal, Om Puri and many others was extremely impactful in putting forward its point. Akshay is now back in the second part of the film, OMG 2.

Two posters of the film released today and in one poster Akshay is seen in the avatar of Lord Shiva, while in the other one only two hands can be seen, where Lord Shiva is holding the hand of a human. Aksahy took to Instagram to share posters of the film on social media. He wrote, “Need your blessings and wishes for #OMG2, our honest and humble attempt to reflect on an important social issue. May the eternal energy of Adiyogi bless us through this journey.”