Aditya Chopra to make DDLJ into a Broadway show

Aditya Chopra to make DDLJ into a Broadway show 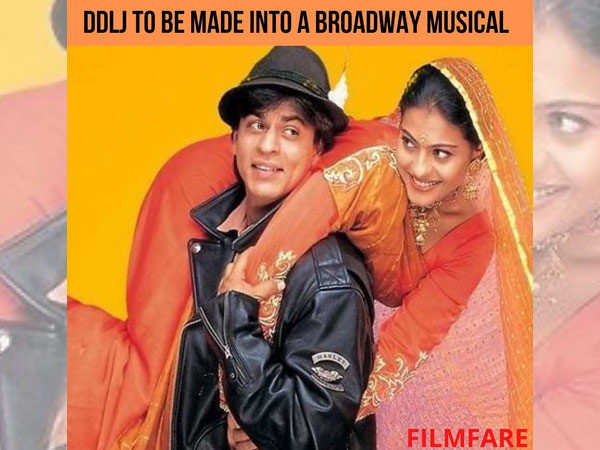 Aditya Chopra made Dilwale Dulhania Le Jayenge back in 1995. 26 years later, the director is all set to make the project again. No, it’s not a remake, Aditya will be stitching the same story into a Broadway musical. The director in his official statement said that he wants to go back to the original concept of the film which he has thought about, an American man falling in love with an Indian girl. The story will be about two people from different cultures falling for each other.

Yash Raj Films’ official Instagram handle confirmed the news and captioned the post as, “#AdityaChopra will mark his debut as a director on Broadway as he is set to direct #DilwaleDulhaniaLeJayenge again after 26 years! Titled Come Fall In Love – The DDLJ Musical, it is opening on Broadway in 2022 and is being produced by #YashRajFilms A stellar creative team of Indian and US based artists are coming together. Laurence Oliver Award-winner Nell Benjamin (Legally Blonde, Mean Girls) is penning lyrics! Vishal Dadlani & Shekhar Ravjiani are music composers. Tony and Emmy winner Rob Ashford (Frozen, Thoroughly Modern Millie, The Boys from Syracuse) will choreograph with associate choreographer Shruti Merchant. Emmy and Tony Award winner Derek McLane (Moulin Rouge!, Hairspray Live!, 33 Variations) is on Scenic Design. It also features Tony, Grammy, and Emmy Award-winning Bill Sherman (In The Heights, Sesame Street, Hamilton) in Music Supervision. A global casting search begins shortly for this big budget musical.”

The musical will be ready for the audience by September 2022 and it’s World premiere will happen in San Diego.