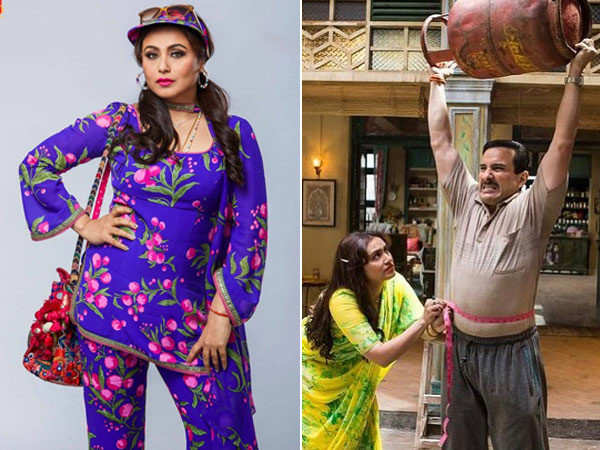 Rani Mukerji and Saif Ali Khan are ready to be seen together on screen again after more than a decade. This time around it is for the sequel to Bunty Aur Babli (2005). The second part will show the life of once headline making con artists Bunty and Babli. While Babli has now become a housewife who misses being the centre of attention, Bunty has retired and misses planning robberies that once made the country talk about them.

Talking about her character, Rani said, “Vimmy is bored being a housewife in a small town. She knows she is the OG Babli, a smart woman who pulled off incredible cons. Though she is happy in her marriage, she craves being the centre of attention. She has decided to pursue fashion; her fashion choices are loud, colourful and happy because that’s what her personality is and I must say she relishes the fact that people in Fursatgunj look up to her. People in this village are not exposed to fashion at all and Babli becomes the Fashion Queen of Fursatgunj!”

While Saif spoke about his character and said, “Not a day goes by without Rakesh missing the thrill he felt when he was the legendary conman Bunty. Though he has kept his identity a secret and enjoys his marriage with Vimmy, he misses the action, misses strategizing for cons that became the talk of the nation. Suppressing who he truly is and wants to be, impacts his health.”

Saif added, “I had to put on several kilos, and then lose it quickly because of my packed shooting schedule. Now, when I look back, I’m glad I went through the process because Rakesh aka Bunty looks believable.” Keep watching this space for more on Bollywood.