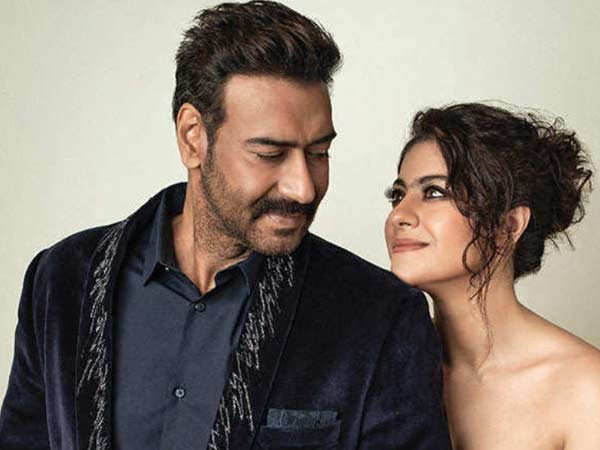 Kajol and Ajay Devgn don’t usually post mushy posts about each other nor they are always seen at parties and social dos. But the love they feel for each other is real alright.

Recently Ajay Devgn graced an adventure show and Kajol decided to spill some secrets about the superstar. In a video, Kajol revealed that Ajay Devgn is a good cook and secondly that he has borderline OCD (Obsessive Compulsive Disorder). However this OCD is quite weird where Kajol reveals that the actor doesn’t touch anything with his fingers. The reason being that he feels that the smell won’t go from his fingers. Now that’s something weird and even Kajol believes so. Since Kajol wants to make sure that Ajay Devgn overcomes this fear, she tells the host through the video to make sure her husband-star is made to eat the slimiest, grossiest and smelliest thing with his hands.

Ajay Devgn and Kajol were last seen together in Tanhaji – The Unsung Warrior. The film was a blockbuster at the box office and made huge money. Ajay Devgn is currently shooting for his next directorial Mayday which stars Amitabh Bachchan and Rakul Preet Singh. Ajay Devgn even has a film awaiting its release in the pipeline – Maidaan where he plays a football coach.