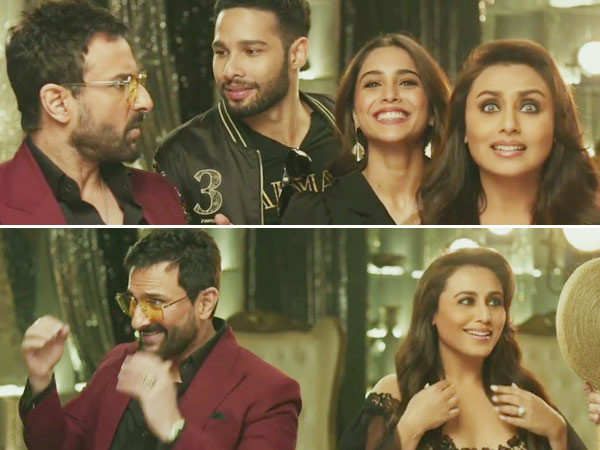 Bunty Aur Babli starring Rani Mukerji, Abhishek Bachchan and Amitabh Bachchan released back in 2005. The franchise is back with another part of it and this time around Rani stars alongside Saif Ali Khan. Not just that, Siddhant Chaturvedi and Sharvari Wagh will be seen in the film too. Today, the makers released the teaser of the film and it is sure to make you feel nostalgic.

Rani and Saif are seen starting the video and talking about collaborating after more than a decade, while they are busy discussing, Siddhant and Sharvari enter and try to grab the limelight. The camaraderie of the four of them looks good on screen and they will definitely entertain the audience in the film which is set to release on November 19, 2021. If you haven’t watched the video yet, catch it right here.