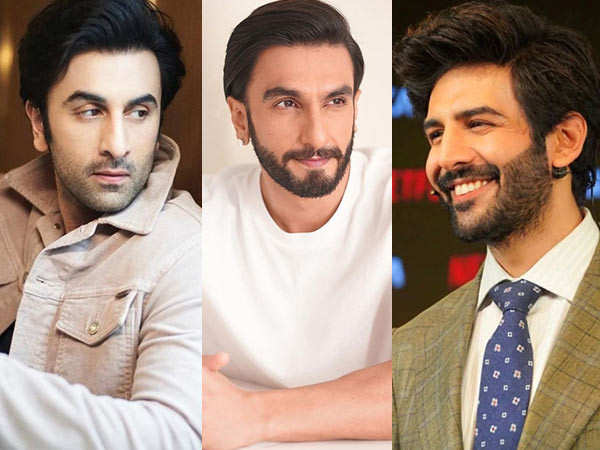 Kartik Aaryan today is one of the most established names in the industry and easily one of the most bankable stars too. The actor had started off as the hit monologue King with his long speech in Pyaar Ka Punchnama 1 and 2. Now with the actor touching superstardom, there have been reports that the film might soon have a third part to it and Kartik Aaryan got a chance to talk about it.

Recently, Kartik was seen at an event to launch the trailer of his next – Dhamaka. At the event whilst interacting with the media, one of the questions posed to him was about Pyaar Ka Punchnama 3. He was asked what if the third part is on the cards and this time joining him in the bromance-squad is Ranbir Kapoor and Ranveer Singh. Kartik Aaryan surely didn’t want to spill any beans about his forthcoming ventures and very smartly answered it. He said, “Well, that sounds something, let’s see what could happen. But, honestly, you’ll have to ask Luv sir (Luv Ranjan, director) about it. He’d be in a better position to offer clarity about the film.” Now over to Luv Ranjan to know what’s on the director’s mind for the heartthrob of the nation.

Let’s keep our fingers crossed. Meanwhile Kartik is currently basking in the glory for all the praises coming his way for Dhamaka trailer. The actor is seen in a completely new avatar in his forthcoming movie and that has left everyone surprised and with the media and netizens calling it his turning point in his career. Kartik plays a news reporter Arjun Pathak in the film and the movie will release on an OTT platform on November 19. Meanwhile he has packed up working on Freddy and Bhool Bhulaiyaa 2 and is shooting for Shehzada.