Kartik Aaryan says pandemic made him a risk-taker

Kartik Aaryan says pandemic made him a risk-taker 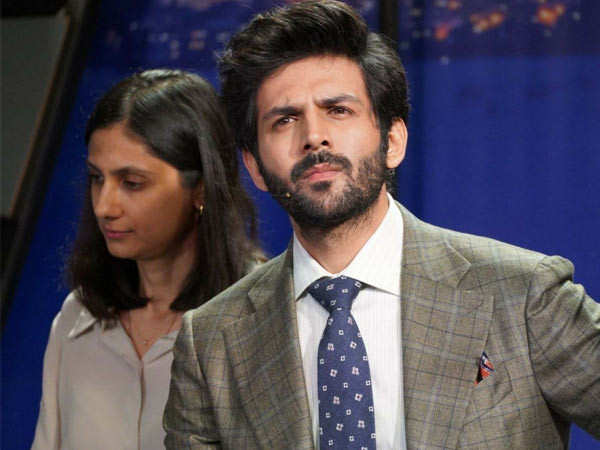 Everyone is talking about Kartik Aaryan and for all the right reasons. The actor has some of the biggest filmmakers projects in his kitty including Ram Madhavni (Dhamaka) and Hansal Mehta (Captain India) and the actor works round the clock and wrapping up films non stop, something that only superstars are known to do so. Kartik Aaryan’s love for work is something that has grabbed everyone’s attention and no wonder in a recent catch up with the young superstar, the actor spoke about his work amidst the pandemic and how he has become a risk taker.

E times reports about Kartik Aaryan where he says that the pandemic gave him a certain perspective about certain things. Elaborating further on it, the actor said, “It gave me the chance to think and try new things. I was doing 2 films from pre covid era, and then subsequent films are different from what I did so far.”

Kartik Aaryan has just released the trailer of Dhamaka and surprised the audience with its gritty content. The actor is being showered by praises from critics, media and netizens alike for his new-avatar in the film. Meanwhile Kartik even has a bouquet of different genres – Bhool Bhulaiyaa 2, Freddy, Shehzada, Captain India and a musical love story. Now that’s one envious line-up.