A Cut Above – In Conversation with Neeta Lulla

A Cut Above – In Conversation with Neeta Lulla 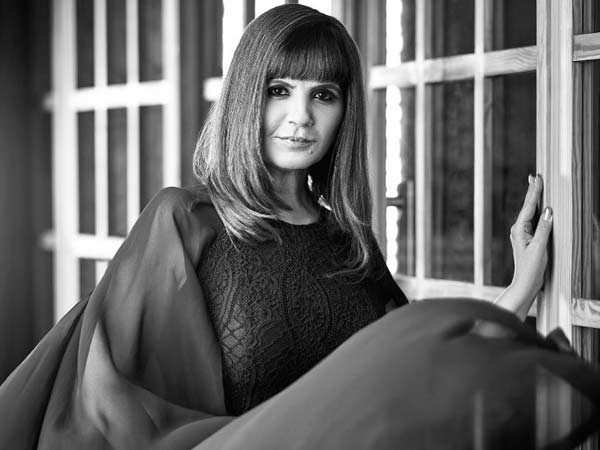 Mason Cooley once said, “Clothes make a statement, costumes tell a story.” The cuts and stitches of a costume can take visual representations of characters a notch higher. Costume designing in Indian cinema has always been a larger-than-life affair. None know it better than Neeta Lulla. She’s a brand when it comes to costume designing and has proved her mettle time and again with films like Devdas, Hum Dil De Chuke Sanam, Manikarnika, and her latest film, Thalaivii. She’s a perfectionist and believes in the power of a costume elevating the entire persona of a character on screen. Sharing her three-decade-long journey at the movies, Neeta Lulla reminisces about the time gone by and discusses the way forward for the fashion industry.

Your latest film, Thalaivii is receiving a lot of praise for Kangana Ranaut’s look. Tell us what kind of work and research went into making Jayalalitha’s looks come to life for the screen?

I thought it would be an easy ride because we had so much pictorial evidence of Jaya Maa, right from the time she entered films at 16. Despite all of that, I was wrong because for every recreated outfit that we worked on, I had to see the original song at least sixteen to seventeen times to get it right. Every time we would watch the song, there would be a new detail, implementation or accessory that’d crop up and we’d had to rework, restructure and restyle the outfit again, whether it was for Kangana Ranaut or Arvind Swamy. When you work on films that do not have structured looks and evidential images, it becomes easy to walk a thin line of making things believable working with the imagery and research you have on you. But with this, to be able to create to the T, every aspect of her life was an amazingly difficult task. Recreating the inner structuring of her inner saree for the last half of the film was not an
easy task. What I feel blessed about is that I could pull this off to the best of my abilities.

You’ve worked with Kangana in Manikarnika, how much has she changed as an artiste?

In Manikarnika, I saw Kangana giving her hundred per cent into creating the character and working on the character to the best of her abilities. But during Thalaivii, I saw that go upto two hundred per cent. As an artiste, you can see that she enjoys her work and involves herself completely in the process of bringing her characters to life. She’s evolving and getting better with time.

You’ve designed for Aishwarya Rai Bachchan in both real and reel life. What kind of designer-artiste dynamics do you share with her?

With Aishwarya, I have shared a real and reel life bond for almost sixteen years. She has been a stickler for perfection and she is someone who carries off her clothes with a great deal of style. I feel like I always know what I have to give her for her to carry off a particular look. That is something that is very important in a designer-muse relationship where you understand the stance, structure, personality of your muse and can dress them aptly.

Which are some of your favourite films from both Hollywood and Bollywood that you think had exceptional costume design?

In Bollywood, a film that has always been an inspiration has been Amrapali. In the recent past, Black and Guzaarish have been my favourites in terms of costumes. In Hollywood, it’s been Mank and Mulan which I have really enjoyed watching. As a person I am a dreamer, so looking at Disney costumes is a visual treat. However, I must mention Alice In Wonderland, Maleficent and The Glorias for their costumes for the technical work that went into them.

Creating looks for period dramas and non-fictional characters too are a big part of the job now. How does a costume designer adapt to that?

To be in any kind of vocation or field and especially in fashion designing, a person needs to have an in-depth understanding of fashion and therefore an education is a must. Understanding the techniques of fashion, of garment constructions, embroideries, the history of garments in India and around the world gives you access to use fabrics and styles and also create new concepts. Understanding cuts and figure types is very important. As far as period dramas are concerned, it comes with a lot of experience. If you are inclined towards doing costume dramas, and if you’re educated in fashion, you understand it better.

What has been the most difficult outfit to design in your career?

With every film, I’ve always felt that the  previous one was much easier than the one I currently have on hand. For instance, today, looking back at Jodhaa Akbar, Hum Dil De Chuke Sanam or Panipat, it feels like an easy ride as compared to Thalaivii with Kangana Ranaut or Shakuntalam with Samanatha Akkineni.

What’s your most cherished memory of working on a film?

The entire process for me is something I cherish. Right from reading the script, creating illustrations, fabrics to sitting with the production team and creating new cuts for the character, working on sourcing things that I require for garments, the recces, the procurement of the little things like embellishments and fabrics for my work, all of this I cherish in each film.

You’ve got some iconic outfits in your career, do you feel the pressure of living up to your own legacy as movies evolve?

I am blessed to have worked on outfits that have gone on to become iconic in my career. But no, I do not feel the pressure of living up to my own legacy. Every movie I have worked on, I have looked at it with a new perspective. I keep my mind open to creating something new and keeping it as wondrous as a newcomer has helped me go beyond what I have done in the past. If your work is your passion, it doesn’t put pressure on you. It de-stresses you and gives you an absolute high.

How has costume designing evolved since the time you started out?

The aspect of larger-than-life has remained constant over the years. But being able to get an insight into the fashion scenario and inspirations, all that has changed because we have easy access to a lot of the things that are required to design costumes. Be it materials, inspirations, brands, or shoes, everything is at easy reach. When I started, even if we did a photoshoot with an actor for promotions or a magazine, everything had to be designed and made from scratch, even the shoes. The designer was the stylist and had to create concepts for the look and style it. Today we have it easier because things are available to us. That has to be the biggest difference. When I joined there was Xerxes Bhathena who started doing cutting edge styles for films. Prior to him, there were Mani Rabadi ji and Bhanu Athaiya ji who were the stalwarts of the industry. We all looked up to them. Post that, the entire era of friends and family doing costumes came about. Then was the generation of designers who took over and started styling, designing and creating looks for films, promotions, events and shoots. Today we see stylists who handle the promotions and styling for movies. So there is a distinctive demarcation between stylists, fashion designers and costume designers.

What have been the good additions to the industry and what are the things you dislike now?

The good additions to the industry have been that things are easier now. You have access to better materials and styles. One can contact a fashion designer directly if one wants to use their garment for styling in a film or a particular assignment. This is not only India centric, it’s a global phenomenon. You can speak to anyone around the world and access garments. Another great addition is that being a part of the fashion industry and having digital media, you have access to inspirations from around the world. The world is becoming much smaller. But this has a flip side too. Everything is so easy that we see a lot of self-proclaimed fashion stylists and designers who have come on the scene. Despite not having an education and because of the easy accessibility, you see people who take inspiration from digital media and this has resulted in a kind of stagnancy. When you see designs that are available to you and what brands have to offer, there are times you end up styling different people in similar clothes. This was not the case earlier. Everything was unique to the person it was made for. I do not say that there is no creative sensibility today but to some extent the stagnancy in fashion sets in when you are using the same garment others are using too. Fashion has to be about creating a larger-than-life aspect for the viewer and serving to them something that they can’t get right out of their wardrobe.

With sustainability becoming a big dialogue in the industry, how sustainable is costume designing now and what’s the way forward?

If you create looks which are coordinated and there is an aspect of reusability that could come in
when styling a character or the entire film. That’s the only way we can bring sustainability in costume designing for a film. As a designer, I incorporate these measures to stay sustainable when working on a film.

With the pandemic, the fashion industry has had to change a lot. Where do you see the world of costume designing heading from here as films get more realistic and less escapist?

Yes,  the fashion industry has seen a lot of changes. Many realistic films have been made but with the theatres gradually reopening and OTT channels making it big, we do see films with larger-than-life aspects and period dramas are coming back. I believe these have started to serve as history books to the young generation because they document and research history like a student would read history.