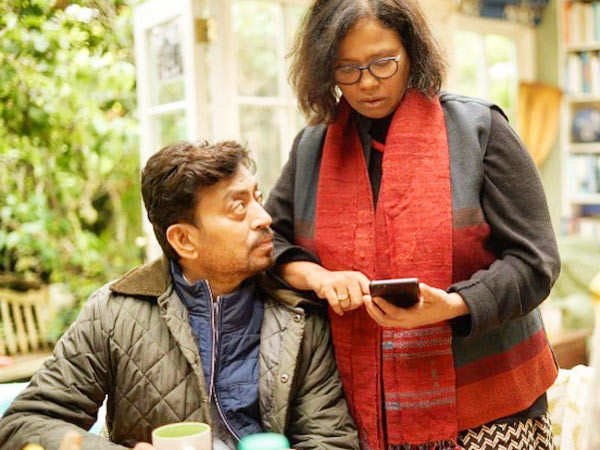 Launching the series Tarader Shesh Tarpan to pay tribute to the legendary people who are no longer with us, Windows Production made a docu-series produced by filmmaker duo Nandita Roy and Shiboprasad Mukherjee last year. Inspired by Gautam Bhattacharya’s novel Tarader Shesh Chithi, the Bengali series celebrates the iconic memories of personalities that left the world. Hosted by Gautam Bhattacharya, the show also invites varied personalities from the industry to share their thoughts and memories of the deceased.

After the successful first season with 12 episodes, the makers are back with the second season featuring eight episodes. One of the episodes is dedicated to the memories of Irrfan Khan, one of the brightest stars of Indian Cinema, who successfully put India on the global map with his sheer brilliance.

Sutapa Sikdar, Irrfan’s wife, said in the episode, “The way he used to talk to people, I’m sure everyone could understand the kind of honesty he had in him, which reached the other person through his words.”

Talking about his effortless acting, she said, “People always used to say Irrfan never really acted, I’ve heard this innumerable times from innumerable people. I always wondered if so much hard work goes into ‘not acting’, how much effort would be going into ‘acting’. I have never seen a man in my entire life working so hard, even my son, who is getting ready to walk on his father’s path, asks me what he used to do, and I always tell him that your father used to work 10 times harder than you do.”

Producer duo Nandita Roy and Shiboprosad Mukherjee had an overwhelming experience making the series. Said Shiboprosad, “For me, it was like I’m reading a book, which I never want to end, as the end holds the unavoidable truth. Irrfan Khan was not only a great actor but a genuine human being and the fact that he is no more is indeed heart-breaking. When Aritra told me that he is planning to pay tribute to Irrfan, it was an honour for the entire team. I’m very thankful to the ones who have spoken about Irrfan in the episode. I hope the series will be able to overwhelm the audiences the way it overwhelms us with emotions.”