Ayushmann Khurrana has this to say on Badhaai Hoâs film anniversary 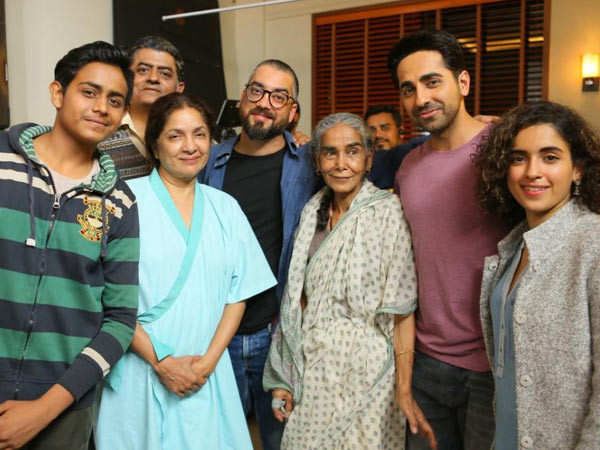 Bollywood star Ayushmann Khurrana is deemed as the King of content of Indian cinema because of his progressive entertainers that have managed to spread important messages about social good. On the third release anniversary of his blockbuster family entertainer Badhai Ho, Ayushmann reveals that he is happy with the positive impact that the film has had over society.

Ayushmann, who has delivered eight back to back theatrical hits, says, “Most of my films are meant for families to come in and engage, take back an important message and most importantly, be thoroughly entertained. I have been blessed to find scripts that are new, unique and have a family audience skew as well.”

He adds, “Badhaai Ho, for me, ticked all these boxes and I’m thankful that the film triggered an important conversation in India about how society should react to late pregnancy. Society conditions us to react in a certain way when such things happen.”

Ayushmann, who has been recognised as one of the most influential people in the world by TIME Magazine for his choice of impactful films, further adds, “We wanted to show people why it’s not as big a deal that we make it out to be. We wanted people to see this issue from a more inclusive lens and tell them that it should not be seen as a taboo. That, to me, was the success of Badhaai Ho. My next line up starting with Chandigarh Kare Aashiqui, also falls under this bracket and is a wholesome family entertainer.”

The star emotionally says, “I’m also fortunate that I got to work with a towering performer like the late Surekha Sikriji in this film. She was a gentle soul with incredible depth as a human being and learnt a few life lessons by being on the set with her. I miss her and I’m sure the industry misses her terribly too.”