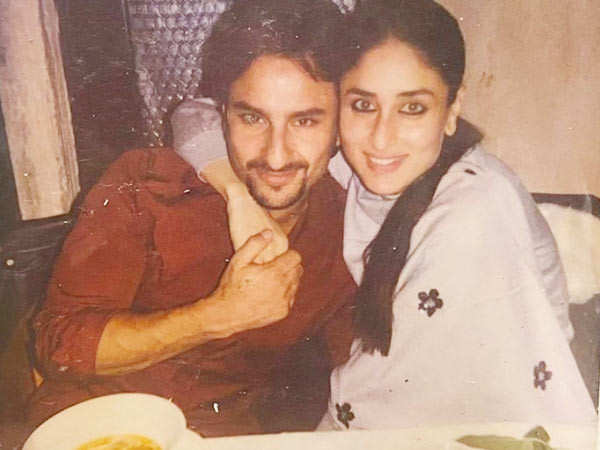 Today Kareena marks her wedding anniversary with Saif Ali Khan and she shares a heartwarming post on her special day. Kareena shared a picture with Saif from their trip to Greece. The picture feels like it was taken during the shooting of Kurbaan (2010) where the two had teamed up together and their love affair bloomed.

The two are seen at a restaurant and the actress shares their lovely journey from then till now. Her caption reads, “Once upon a time in Greece… there was a bowl of soup and US and it changed my life… Happy anniversary to the most handsome man in the world.”  Aww!

Kareena and Saif got married in 2012 and next year they complete a decade of togetherness. The two have worked in several films together and today they even have two kids – Taimur and Jehangir. The two moved into a new house recently for their kids to have more space around.