Prithviraj to star in Salaar?

Prithviraj to star in Salaar? 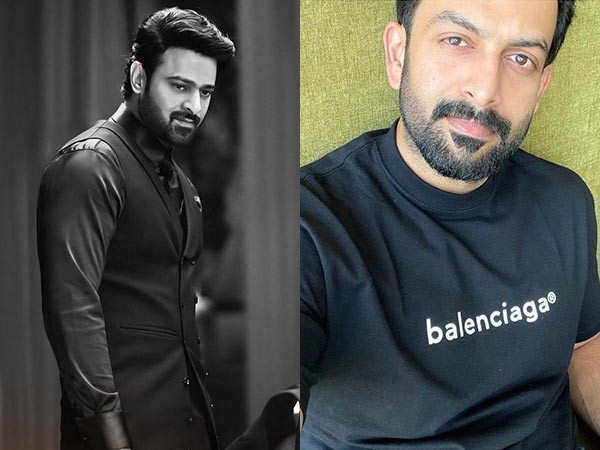 Who says that two big stars can’t star in the same film. It happened in the ’90s when Salman Khan and Shah Rukh Khan were in the same film or when Aamir Khan and Salman shared the screen. In recent times two big stars have been teaming up often Tiger Shroff-Hrithik Roshan (War), Hrithik Roshan and Saif Ali Khan in Vikram Vedha remake or Salman Khan and Emraan Hashmi in Tiger 3. And looks like down South the trend continues as we hear that Malayalam actor Prithviraj Sukumaran will star in Prabhas’ next.

Now according to reports on a South online portal, we hear that Prithviraj has landed a role in KGF director Prasanth Neel’s next Salaar which stars Prabhas and Shruti Haasan. Prithviraj is a big name down South and if rumours are to be believed that this teaming up of two big South superstars is a great casting coup. Though nothing has been officially announced yet by the makers, this news has already made netizens excited. Last year to distribute Yash starrer in Malayalam, Prithviraj and KGF2 and Salaar’s producers Hombale Films had joined hands and hence the casting coup rumours further became believable. Fingers crossed!

Jayaram will be seen in an important role in Prabhas and Pooja Hegde starrer Radhe Shyam. Fahadh Faasil plays a pivotal role in Allu Arjun’s Pushpa. As long as the roles are meaty, we’re sure no star will say no to a good project. Meanwhile Prabhas will be seen in films like Radhe Shyam, Adipurush, Salaar, a pan-Indian film where he co-stars with Amitabh Bachchan and Deepika Padukone and Spirit by Sandeep Reddy Vanga.