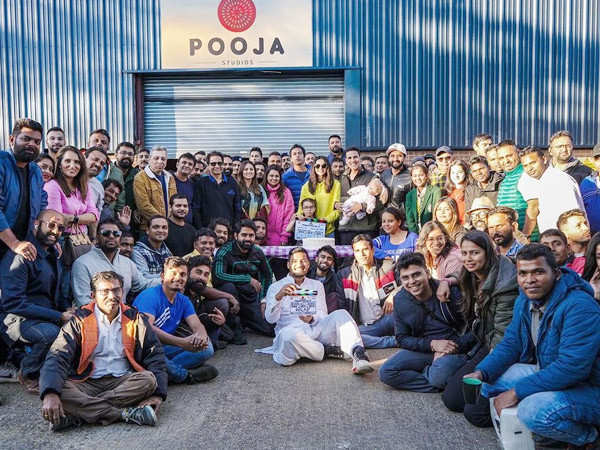 Akshay Kumar and Rakul Preet Singh have collaborated for the first time for Pooja Entertainment’s next which is tentatively being called Production No. 41. The film has been directed by Bell Bottom director Ranjit M Tiwari. Akshay and Rakul Preet along with the entire cast and crew of the film shot for the project in London and today it was announced that the film’s shooting has wrapped up.

The cast and crew took to Twitter to announce the happy news of the wrap with a happy team picture clicked on location. Look closely and you can see the beaming faces of lead stars Akshay and Rakul – producers Vashu Bhagnani, Deepshikha Deshmukh, Jackky Bhagnani, as well as director Ranjit M Tewari, Sargun Mehta and the entire team.