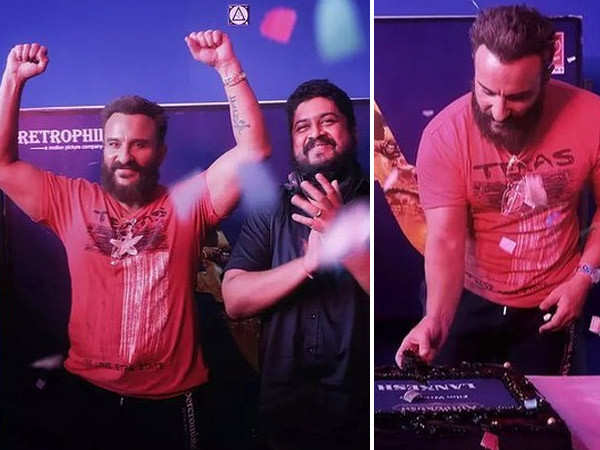 Both Saif Ali Khan and Kareena Kapoor Khan have a great career. The two of them are super busy with their work commitments and have some awesome films coming up. Saif Ali Khan was busy with the shoot of Om Raut’s Adipurush which also stars Prabhas and Kriti Sanon since the past few months and today he wrapped up shooting for the much-awaited film.

Taking to Instagram, director Om Raut wrote, “It’s a film wrap for Lankesh!!! Had so much fun shooting with you SAK!!! #SaifAliKhan #Adipurush #AboutLastNight.” Soon after he posted pictures of Saif celebrating and cutting a cake on set, Kareena commented on the post saying, “The best duo…gonna be EPIC (followed with a heart).” Isn’t that sweet?