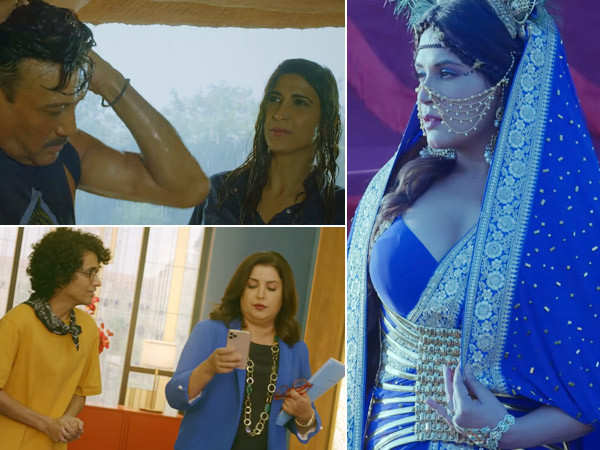 There has always been an intense fascination in this country with Bollywood or the ‘glamour industry’ as it is often called. Who makes the decisions? Is the PR Machinery a social media conspiracy theory? Do stars have nakhras? These are questions that seem to plague the nation more than any other burning issue. Now, thanks to Call My Agent: Bollywood, the citizens of India will be able to quench their thirst for gossip and scandal. Call My Agent is a popular French series on a leading OTT platform that is now getting a desi touch. The show is set to release on October 29 on the OTT giant and features Aahana Kumra, Ayush Mehra, Soni Razdan and Rajat Kapoor in the lead roles.

Like Masaba Masaba, Call My Agent: Bollywood will also feature cameos from stars like Farah Khan, Ali Fazal, Richa Chadha, Lara Dutta, Jackie Shroff, Dia Mirza and many more. In the trailer, there are discussions on ageism, on personality manipulation, on Jackie Shroff refusing to act with puppies and Ali Fazal and Richa Chadha facing off on who’s more Hollywood than the other. Here’s the show’s official synopsis:

Call My Agent: Bollywood takes us on an exciting wild ride into the world of Bollywood, glamour and celebrity. Four savvy, street smart talent agents manage fragile star egos and real human emotions, even as they try to save their talent agency from imminent closure. A funny, quirky, heartwarming and emotional take on the dazzling rollercoaster world of showbiz!

You can watch the trailer below: