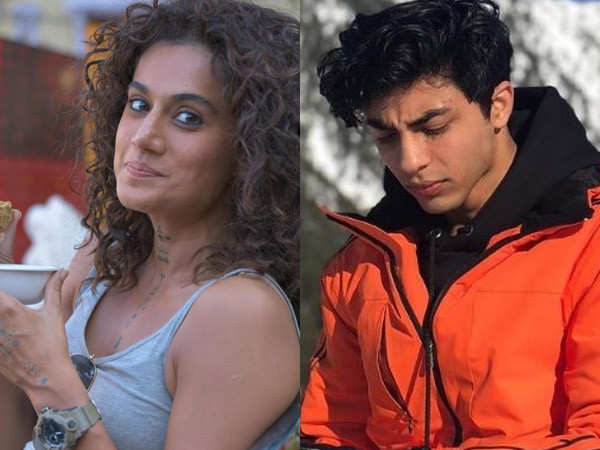 Taapsee Pannu has shared her thoughts on the Aryan Khan drugs case. Aryan Khan’s bail plea was rejected by the Mumbai Magistrate Court today in what is definitely a blow to his parents, Shah Rukh Khan and Gauri Khan. During an interaction with ETimes, Taapsee said that this was “part and parcel of being a public figure” and that there are positives and negatives of being a star or a member of a star’s family.

“That’s a part and parcel of being a public figure. And, that’s a baggage every public figure’s family also carries, whether they like it or not. You have the positives of enjoying a star status and this is the kind of negative that also comes with it. If it’s a family of a big star, you also enjoy the perks of that, right? So, there’s a negative side also that you end up facing. As long as you’re prepared to face the consequences after going through the trial officially, you know you don’t really have to bother. I think with that kind of stardom level, you’re aware of the scrutiny that’s going to happen. It’s not like ki kahan se aa gaya pata nahi chala. I’m sure they know the kind of repercussions of things that are going to happen. With that kind of star status, that person is very well aware of what can happen,” Taapsee Pannu said.