Kartik Aaryan had to gain 14 kgs for Freddy

Kartik Aaryan had to gain 14 kgs for Freddy 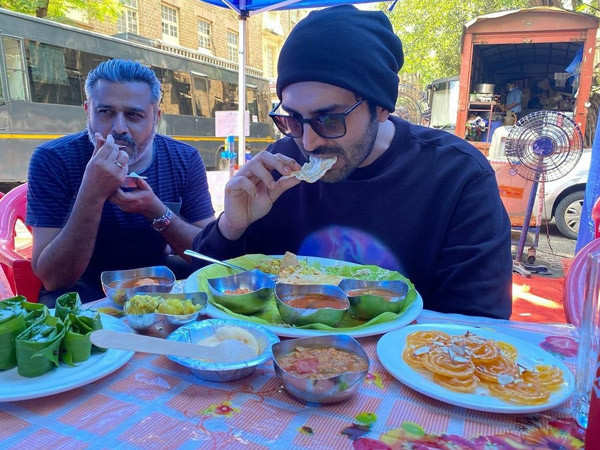 The likes of Aamir Khan, Salman Khan and Vidya Balan have been known to transform their body to fit the requirements of a role. And joining this list of dedicated actors and their body transformation is now Kartik Aaryan. According to reports in Times Of India, Kartik Aaryan had to gain almost 12 to 14 kgs for Freddy.

The actor who recently wrapped up shooting for Ekta Kapoor’s Freddy is said to have one of the most challenging roles.The role demanded the lean and fit actor to put on 14 kgs and despite being a vegetarian, the actor happily accepted it and made it happen. Kartik Aaryan worked with his trainer Samir Jaura to get the required weight and body shape.

Samir spoke about Kartik’s transformation, “Kartik was able to gain 14 kilos to achieve this look with disciplined, tailor-made workouts and the right diet. His dedication is incredible because he is genetically lean so to gain the weight in that particular time frame for his role is truly commendable. In fact he has already started losing weight from his Freddy look to get ready for his next film.”

Kartik Aaryan has always given his work and roles priority. In the past for Pati Patni Aur Woh to get into a small town avatar he had grown a moustache and even put on some weight. For Dhamaka, the actor had finished the film in mere 10 days amidst the pandemic. And furthermore while he was shooting for Freddy he was simultaneously completing shoot for Bhool Bhulaiyaa 2.