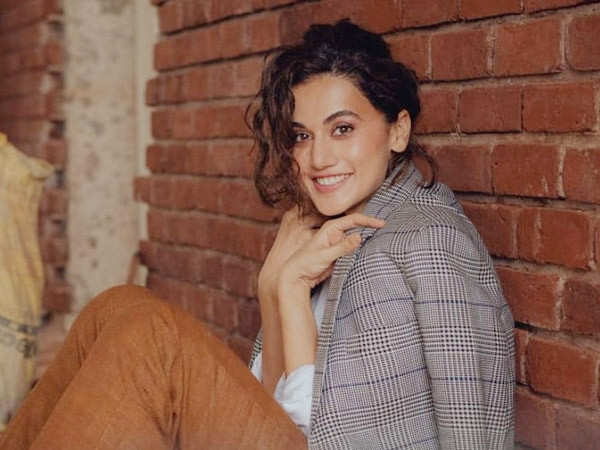 Taapsee Pannu films get audiences excited. She has made a name for herself or indeed a brand for herself where her films make people sit back and take notice of issues which are usually shoved under the carpet in our society. Her next film is Rashmi Rocket where she plays an athlete and, in an interview today, Taapsee reveals what was the shocking thing she learnt whilst doing the film.

Taapsee Pannu gave an interview to a leading daily and spoke about how she came to know about gender-testing in sports. This gender-testing practice at times hinders many women athletes’ careers in sports. The actress says that she started doing her research on the same while the writers continued their work. She says it is shocking that a woman is asked to prove her womanhood in order to achieve her dreams. She further adds that it’s bizarre that there are rules that determine whether an athlete is woman enough or not to go ahead. She says that the more she learnt, the more she was motivated to do the film.

The actress reveals that Rashmi Rocket is not limited to Dutee Chand’s story, but different plot points are inspired by different athletes. Taapsee Pannu’s Rashmi Rocket will premiere on an OTT soon and the actress’ first look has surprised everyone. Her Garba number from the film, further surprised everyone and how gorgeous she looks. Her forthcoming films include Looop Lapeta and Shabaash Mithu.