Kartik Aaryan shares the cutest post for his mom and sister

Kartik Aaryan shares the cutest post for his mom and sister 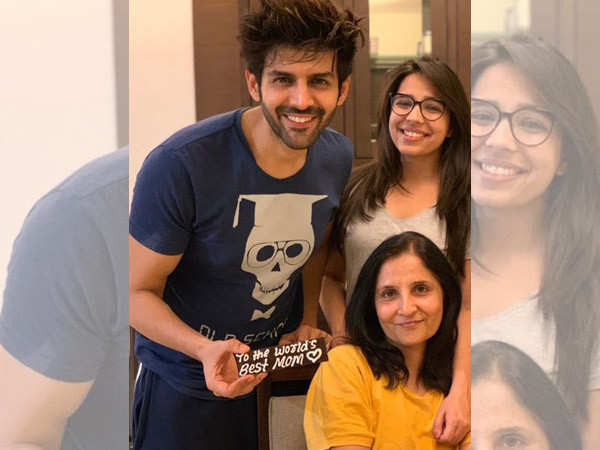 Kartik Aaryan loves to share updates from his life and from his home on social media often. Today, Kartik Aaryan shared a click where we see him holding a tag that says – To The World’s Best Mom. Kartik is seen posing with his mother and sister in the picture.

The actor as usual has his charming smile on and makes our hearts melt. The actor captioned the click saying, ‘All I need,’ and dropped a red-heart emoticon. Kartik Aaryan often shares funny videos and some sweet posts about his mother and also shares his crazy antics with his sister. Truly a family man.

While off screen he’s showering love to his mother, on screen he’s busy with work and more work. He has wrapped up shooting for Freddy which he had just started a couple of weeks back. Before this he was simultaneously shooting for Bhool Bhulaiyaa 2 and finished shooting for that. He has Dhamaka awaiting for a release on an OTT platform and now reports suggest that he will soon start working on Shehzada – helmed by Rohit Dhawan and co-starring Kriti Sanon.