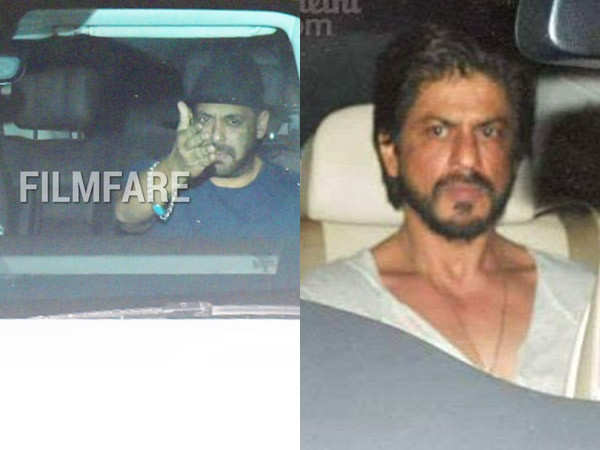 Salman Khan was recently seen visiting Shah Rukh Khan’s Mannat, on the day when SRK’s son Aryan Khan’s name was brought up in a drug case. The superstar’s son has been kept in NCB custody till October 7, 2021. Salman was the first megastar to arrive at King Khan’s residence.

Soon after this happened, social media got flooded with comments and posts about SRK and Salman’s undying support for each other and their brotherhood. Pictures of Shah Rukh Khan visiting Salman’s residence in 2015 have now come up online, showcasing that SRK went and visited Salman too just a day before his Blackbuck case’s hearing. Well, it is clear that both the Khans always have each other’s back no matter what people say about their rivalry.