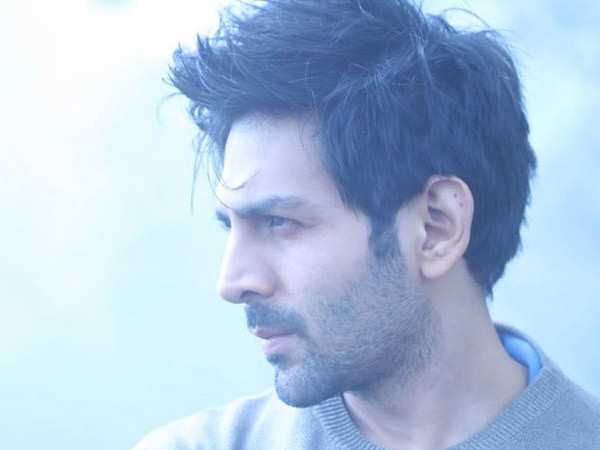 Last night while netizens were pulled to twitter as several other social media apps were down, Kartik Aaryan decided to have a #AskKartik session for his fans. During the session Kartik Aaryan received some interesting questions, some hilarious ones and also some crazy demands by his fans. The actor who’s known to reply to his fans instantly and make their day made sure he handles crazy demands by fans delicately.

During the session one of the fans shared a cartoon picture holding his phone and tweeted saying – Reply do warna main nus cut lungi apni (crying-face emoji) #AskKartik. Kartik Aaryan knows how much his fans love him and hence he gave a wise reply to her and said ‘Kabhi aise sochna bhi mat (never even think about doing such a thing),’ and added a red-heart emoticon. Kartik Aaryan’s reply delicately explains the fan not to think of such crazy ideas and also sweetly gives her a reply. Love!

Kartik Aaryan had many funny questions coming his way. Someone asked him how come he is so handsome… to which Kartik Aaryan smartly replied saying – how come he is so genuine? Another fan asks him to pick between Sonu Ke Titu Ki Sweety or Pyaar Ka Punchnama series and the actor picks Luv Ranjan (director to both the films). Kartik Aaryan’s Ask Kartik sessions are always fun indeed.

On the work front Kartik Aaryan just wrapped up shooting for Freddy. He even had his Bhool Bhulaiyaa 2 to wrap up simultaneously and currently he’s preparing for Shehzada. The actor even has a Diwali release this year as his film Dhamaka goes online on an OTT during Diwali.