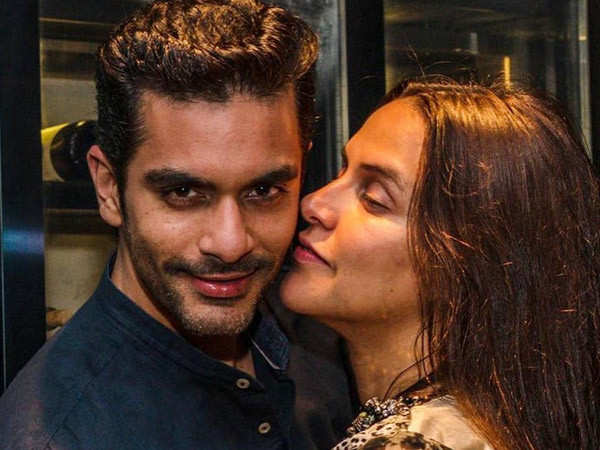 Angad Bedi and Neha Dhupia were best friends who got married and then turned parents to an adorable Mehr and often share pictures on social media. The couple is all set to welcome their second child and the two often talk about parenthood and how excited they are for Baby No 2.

Angad Bedi was recently judging the 9th Liva Miss Diva event and E Times got a chance to talk to the actor. Recently Neha Dhupia had revealed that she lost out on work due to her pregnancy, E Times asked the actor about his views and as a man has he ever lost roles upon becoming a parent. Without mincing words, Angad Bedi said in the interview, “It happens; I have also been replaced in projects. You have to raise up your chin and march forward. I have also had the opportunity to work with wonderful people. As far as getting replaced, it’s destiny. You are here for the long run and these are the things that you have to put behind you and move on.”

Now that’s the right spirit indeed. Angad Bedi was last seen in Gunjan Saxena: The Kargil Girl, playing Janhvi Kapoor’s brother. He was recently seen in some music videos which created a rage on the video-sharing platform. His last song with Mouni Roy grabbed all the eyeballs. Neha Dhupia and Angad Bedi are currently kicked about Baby No 2 and are all set for more parental-duties.