Ram Madhvani is all praise for his Dhamaka actor Kartik Aaryan

Ram Madhvani is all praise for his Dhamaka actor Kartik Aaryan 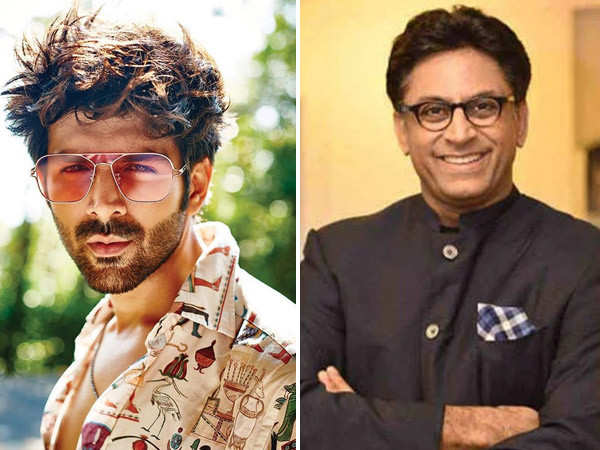 If you have seen the teaser of Dhamaka which features Kartik Aaryan as a TV reporter, you will agree that it is one of the most intense teasers. And while the netizensare gaga about the glimpse Kartik has shown in the teaser, director Ram Madhvani too is impressed by the actor’s dedication.

Today Ram Madhvani spoke to E Times and he was all praise for his leading actor. Speaking about Kartik, Ram said – “I really enjoyed working with Kartik and I found him to be very dedicated. He’s a genuinely, very talented actor.”

Ram Madhvani further spoke to E Times and said that the actor has a hunger to give his best. The filmmaker said, “The most obvious factor of his dedication was the fact that he gave in to my system. Also, I found him to be a hungry actor wanting to give his best.” Now it looks like Kartik Aaryan is truly the director’s actor as every filmmaker he works with ends up praising his dedication.

Dhamaka recently dropped their mood-promo where we see Kartik Aaryan stuck in a weird situation. The mood-promo says a lot about the film and what a thrilling incident we are in for. Reports are rife that the film will stream on OTT from Diwali and it’s a big festive release for the platform. Apart from Kartik the film also stars Mrunal Thakur and Amruta Subhash. Kartik Aaryan had shot for this film in just 10 days last year in Mumbai.

Apart from Dhamaka, the actor has Freddy, Bhool Bhulaiyaa 2, Captain India, a grand musical love story and then Shehzada in his kitty. Looks like this young star is going to take Bollywood by storm. Meanwhile filmmaker Ram Madhvani preps for Aarya 2, as he’s completed shooting for the series and working on its post production.