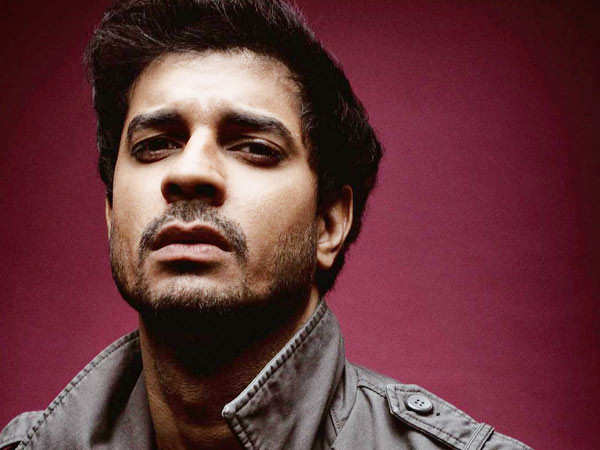 Delhi boy Tahir Raj Bhasin’s father and grandfather were fighter pilots in the Indian Air Force. His younger brother too is a commercial pilot. Tahir wanted to do something different. After completing his Masters degree in Media from Australia, Tahir landed in Mumbai to try his luck in acting. After facing multiple rejections, he did a seven second role in Kai Po Che (2013) before bagging the role of the antagonist in Mardaani (2014). He held his own against acting powerhouse Rani Mukerji in the film and won plaudits for his chilled-out performance as a ruthless baddie. He locked horns with John Abraham in Force 2 (2016) as a baddie again before switching lanes towards positive roles and appeared as a yesteryears’ star in Manto (2018) and the college hero Derek in Chhichhore (2019). Two of his films, the sports drama ’83, where he’s playing Sunil Gavaskar, and thriller Looop Lapeta, are ready for release. He was stranded in Manali for some months as he was shooting for the web series Yeh Kaali Kaali Ankhen when the second lockdown hit the nation. That led to a certain amount of introspection and he came away more energised than ever. Excerpts from an interview with the self-made actor who remains firmly grounded to his roots…

What do you see when you look back at your journey from Mardaani to Looop Lapeta?
It’s been an incredible roller-coaster ride. I’ve played diverse parts in different genres from the anti-hero Walt in Mardaani to the college stud Derek in Chhichhore while working with some stalwart directors like Pradeep Sarkar, Nitesh Tiwari and Kabir Khan. Looop Lapeta is an exciting turn toward the quintessential romantic hero, it was an absolute blast to shoot and is dramatically different from anything I’ve done so far. I’m excited to see how the audience responds to the film.

Tell us something about Looop Lapeta? How did you prepare for the film amidst the lockdown?
Looop Lapeta is an adrenaline rush. At its core it’s a romantic comedy set within a single day’s high paced and very stylish chase. It is the Indian adaptation of the German film Run Lola Run. The film is about the pandemonium when the romantic bond between the lead pair, Satya and Savi, is put to the test when one is tasked to rescue the other. Prepping for the film was unique because most of it was done over video calls during the first lockdown. My first meeting with Taapsee happened over zoom when we were interviewed during the lockdown about how we felt about being part of this iconic adaptation.

How was it working with Taapsee Pannu?
Taapsee is self-assured and incredibly genuine. She has a charming smile that breaks the ice instantly and her work ethic is very inspiring. We got on amazingly well and it was great to work with a co-star who was in 5th gear from day one. I found her easily switching between chill and work mode. Satya and Savi are an inseparable yin and yang and all of our scenes needed to ooze that level of comfort. I’m excited to see how this energy translates
on screen.

Looop Lapeta is shot in Goa, the leisure capital of India. Did you also do touristy things
in your free time or you just concentrated on work?
Yes. Looop Lapeta was shot in Goa and it was a blast to see our weeks of zoom prep materialise in the real world. Coming out of the first lockdown and heading to Goa to shoot was a dream come true. Days off during the schedule were spent in beach shacks and it was a great way for the cast and the crew to unwind and bond. Looop Lapeta is all about pace, style and vibe and Goa was the perfect place to bring all those together and add to the Looop world.

The film will air on an OTT channel. Are you okay with films being streamed on OTT?
OTT platforms act as a digital library for films. In today’s environment, it helps actors reach their audience. Film stars also have the flexibility of having a film and a digital series and being a part of diverse forms of storytelling. In the near future, both OTT and theatres will co-exist, each having a different role to play.

Will the digital medium take over theatre-going experience?
Nothing will replace the cinema-going experience. Being in a dark room full of people experiencing a film together with your favourite popcorn is what the movies are about. I don’t think one will over take the other. It’s two very different forms of consuming content. One is a social event the other is a private affair that lends itself to chapter wise series. At the moment, safety concerns restrict movements in public places so there’s an overlap of content. As we see some semblance of normalcy and the dust settles down, the two medium will co-exist and one will feed into the other giving the audience more choices.

You were involved in a web series. Could you tell us something about it?
I’ve just finished shooting for a very exciting series titled Yeh Kaali Kaali Ankhen (YKKA). It’s a show that is a pulp drama, with a mind-bending plot where love must triumph. Shweta Tripathi is playing the female lead and it’s a romantic drama; which is a space I’m excited to be delving into with both Looop Lapeta and YKKA this year.

What has this pandemic taught you as a person?
The pandemic has taught me to be appreciative of the moment and grateful for all that we have. Too much time in the pre-pandemic world was spent worrying and strategising for the future. Planning and preparation are still important but with a new-found humility and appreciation for the present.

What affected you the most during the lockdown?
When I read about the loss of life during this pandemic, it made me ponder the temporality of things and also about the short time we have here. It made us value the passage of time and the preciousness of it.

Did you learn any household chore in the lockdown?
I’ve realised folding clean laundry can be therapeutic and I’ve become pretty efficient at it.

You had revealed in an interview that you were rejected 250-300 times…
The improvements that came as a result of obstacles, prepared me to be propelled when the time was right. Strength lay in getting hit and in the will to keep moving forward. To be honest, I never saw my initial time in Mumbai as a struggling phase, it was an aspiring phase. I was visualising a dream and aspiring to make it real, and it’s the hardship and the journey that make the successes worth celebrating.

What are the plus points of being an outsider in showbiz?
The positive is that there is no comparison and your only competition is you. It allows you the creative freedom to carve out your own path, set your own acting style and the thrill of being self-made.

You worked with another ‘outsider’ Sushant Singh Rajput in Chhichhore…
Sushant was the most intelligent co-star I’ve worked with. He was self-made and his hunger to learn more was unparalleled. His conversations ranged from music to astronomy and education. His choices in films and the constant focus of self-growth set him apart. I was very lucky to have crossed paths with him. He was an absolute gem.

A film you wish you were a part of?
Wish to be in won’t be the most apt phrase but there are definitely films that I’m so glad were made. These are films that leave me feeling exhilarated as an actor. Udta Punjab, Gully Boy, Andhadhun are some names that come to mind. I do hope I get to work with the directors of these films in the future.