Digangana Suryavanshi talks about the transition from television to films

Digangana Suryavanshi talks about the transition from television to films 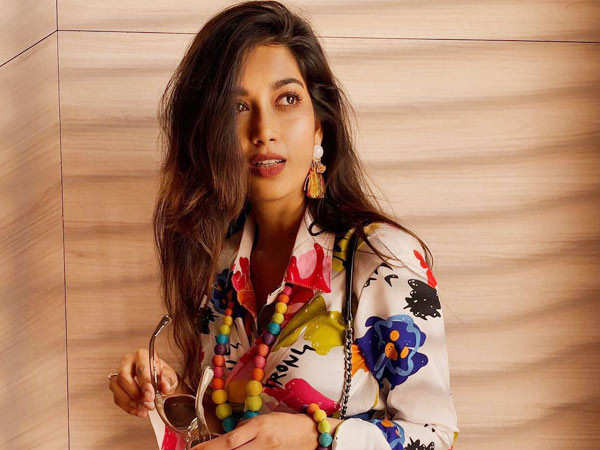 There’s more to Digangana Surryavanshi than what meets the eye. She’s not merely an actor but a published writer as well. She has authored two books so far. One’s a book of lyrics called Waves: The Endless Emotions. The other is a fantasy novel called Nixie The Mermaid and The Power of Love. Both were written when she was around 16. She’s 23 now and has completed her graduation in English from Mithibai college, Mumbai. Her parents treat her like a princess. She was treated to a ritual milk bath on her 23rd birthday last year in October. Her parents showered gold and pearl ornaments on her and even gifted her silver slippers.

Digangana hails from Madhya Pradesh but was brought up in Mumbai. She started acting at quite a young age. She was just seven when she made her debut with the TV series Kya Hadsaa Kya Haqeeqat in 2002. She went on to play supporting roles in shows like Shakuntala (2009), Krisshna Arjun and Ruk Jaana Nahin (2011–12). She landed her big break with Star Plus soap opera Ek Veer Ki Ardaas…Veera (2012–15) in the lead role. She was just 17 when  she participated in the reality show Bigg Boss in 2015 and was the youngest celebrity to do so. In fact, she celebrated her 18th birthday when she was in the house. She could have made many more lucrative deals on television but then film offers started coming her way. She was part of Hindi films like FryDay (2018) and Jalebi (2018) before gravitating towards South cinema. She made her Telugu debut with Hippi (2019) and Tamil debut with Dhanusu Raasi Neyargale (2019). She’ll be seen alongside Arjun Rampal in The forthcoming Battle Of Bhima Koregaon.

Life hasn’t been easy for her since her transition from TV to films. Talking about letting go of television when all was going her way she says, “At that point when tempting offers come your way, making the decision of switching from television to films is quite hard.

I was used to working every single day on television. And it makes you instantly popular because people have a daily connection with you. I was not used to not being seen at all. And I felt that void. As everyone knows, to do a film and make your way in Bollywood is a job in itself . Besides I didn’t know anyone in the film industry at all so it was like doing groundwork and starting from scratch. I’m happy with what I stuck to and what I had put my faith in.” She understands that content is king and the popularity of OTT shows is on the rise. Hence, she doesn’t deny the possibility of doing a limited series
in future.

Being a child artiste, it was difficult for her to juggle the pressures of schooling alongside acting but she persisted. She states people shouldn’t jump blindly into acting and should give equal importance to their studies as well. Talking about how her parents reacted to her being creatively inclined since a tender age, she narrates, “t started off very organically. And my parents were always supportive of the choices I made. They taught me to take responsibility for all that I do. They made me independent, and they didn’t tell me what I should or shouldn’t do. I have always been inclined towards acting, singing and writing. I just followed my heart and everything fell into place.”

She’s a private person at heart and believes in keeping her social media presence to a minimum. She denies having a boyfriend and says even if she was close to someone she wouldn’t tom-tom about it. “My personal space is extremely personal and I like to keep it that way. When you are not private about your personal life, it can get complicated,” she reflects. Apart from acting, if there is one thing that Digangana likes doing, it is writing. She calls it her creative outlet. Talking about how it helps her on dull days, she says, “You may not want to tell people about all the things that you experience. I’m not someone who’ll actually go out there to explain things, or justify my experiences. So writing really helps me release a lot of these experiences.”

She wants to avoid being typecast at all costs and is open to all kinds of roles. In fact, one reason she said no to TV offers was that she was getting roles which were similar to Veera. She knew if she said yes, she’d never easily get out of it. “Initially saying no seemed difficult. Because making any decision is difficult at first. That’s how life is. You live and learn,” she muses. Talking about working in the South industry, she says it wasn’t easy at first to work down South as she didn’t know the language. She overcame the difficulty by doing extensive preparation. “I wanted to sound natural saying my lines on camera. It should look like someone native to the language is speaking it. My directors, my writers helped me a lot. They explained the meaning of each word. I kept pestering them about the correct way to pronounce  everything. It took some months but when the shooting got under way, I was totally at ease with the script and it all came out natural,” she reveals.

The actor doesn’t have a preference over any particular industry and would continue to shuttle between Hindi and South industries in future. “My only criteria is to do good work. I want to push the envelope with every outing and grow as an actor. Even during my auditions I’ve never felt I wouldn’t be able to do a character as my age doesn’t match or the acting is too technical. I’ve always given my best shot.” She says actors shouldn’t be easily satisfied with what they are doing and should be their worst critics. She maintains that satisfaction is one’s worst enemy. “I’ve never been satisfied with what I’m doing as I know there’s so much more that can be achieved. I’m too young to feel happy about what I’ve done so far. Perhaps fifty years from now,  I’ll look back and be happy. There’s lots and lots left to achieve till then.”