Sonnalli Seygall opens up about her journey in showbiz

Sonnalli Seygall opens up about her journey in showbiz 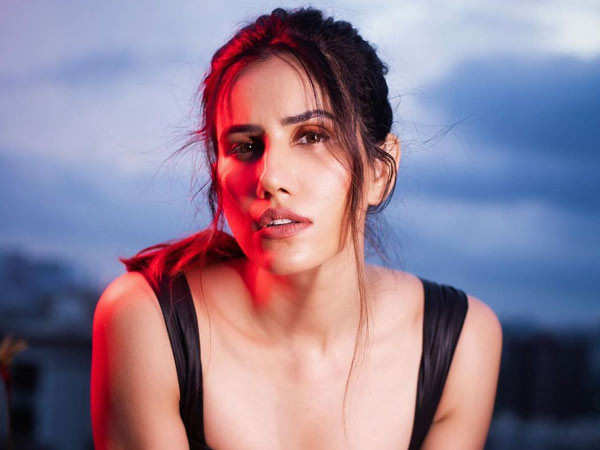 Sonnalli Seygall has completed 10 years in showbiz. Debutantes like to play safe but she started off her career playing a grey-shaded character in Pyaar Ka Punchnama (PKP, 2011). She’s always gone for something different in the last decade. And while all of her choices might not have fructified, she still stands by them. She was a model before getting into films and can still be seen in a lot of ads. She begins by saying, “I always wanted to be a part of Miss India. I wasn’t inclined towards acting but I was sure I wanted to be a model. Acting did not fascinate me.” She got noticed by filmmakers after taking part in the contest and signed her first film in 2010. “My friends always said I’d go to Bollywood. Maybe I too felt it deep down but never took it seriously. I only gave it a thought when I started getting offers,” she reveals.

She still remembers her audition for PKP. She was one of the last girls to audition for the film and thought she’d not get the film. They had two rounds of auditions and she recalls reading out her part in front of director Luv Ranjan. “I did two rounds of auditions on the same day. One was a solo reading and in another I was reading with Raayo S. Bakhirta, who was later cast opposite me. Suddenly, they were discussing money with me and I thought it was all happening too fast.” She called up her mother first, as she wasn’t sure what to do. Her mother told her to just trust herself and go with the flow. Sonnalli did just that and it proved to be the best decision of her life, as the film proved to be a sleeper hit.

PKP starred Sonnalli along with five other new actors, including Kartik Aaryan, Nushrrat Bharuccha, Divyendu Sharma, Rayo Bakhirta and Ishita Raj Sharma. They all spent an entire month doing workshops and getting to know each other. Sonnalli shared that even when one of them did not have a scene on a day, all six would be on the set to watch what was happening. “My first wasn’t canned for the first six days. I would have this nervous energy in anticipation that today’s going to be my shoot. Eventually, one day I hadn’t slept enough so I was hoping I wouldn’t have my first shot and that’s the day I was called in for my first scene.”

While the film did well in 2011 it also received a lot of backlash for its misogynist content. Speaking of how it would be different if it were to be released today Sonnalli says, “It would have done better for the actors at least. I also feel it would have got better numbers. After PKP, none of us did anything until PKP2. Kartik and Nushrratt did AkashVaani but nothing else. I feel if it was released today when content is king and actors get noticed despite no one being anyone’s daughter or son, we would have benefited more. As for the backlash on the content, I don’t think it would have done badly today. People know it’s a comedy and an exaggerated version of reality. I genuinely feel it would have done better.”

Trying to break the stereotype, Sonnalli rejected Hate Story so she could reroute her career and do fresher characters. “It was a very tempting offer. But I knew I had to step away. I knew if I did that, my chances of doing something different would become less.” This made her do films like Setters, where she played a cop and High Jack where she played a pilot. Unfortunately, these films didn’t do well but she did get a chance to showcase her versatility.

She’ll be seen next in Boondi Raita where actors like Rajesh Sharma, Himansh Kohli and Ravi Kishan are her co-stars. The film is set in Uttarakhand and will be shot in Rishikesh and Dehradun. She plays a small-town girl in the film and she’s planning to visit those places to acclimatise herself for her role. She’s disheartened by the fact that so many people even from the showbiz are suffering because of the lockdown. “My spot boy one day told me, ‘Ma’am, ab toh shoot nahi hoga, ab hum kya karenge?’ Personally, I’m trying to help out people who have lost their jobs in our industry, but it’s not enough,” she asserts. Sonnalli is happy to hop onto the OTT bandwagon as it offers a wealth of opportunities. “Now with the whole digital space opening up, the opportunities are more and people are ready to experiment more.” That’s the reason she took up Vikram Bhatt’s Anamika, where she’s doing lots of action. “I never knew action can be so technical. I’m learning a lot with Anamika. I’ve also signed for another series, Ilegal Season 2, where my character is glamorous but in a very different way. It’s a new character and viewers are in for a surprise,” she informs.

She’s seen a lot of ups and downs in the last decade but doesn’t regret anything. She remarks, “I’m satisfied with my journey so far. My career could have been better but I’m happy with the kind of projects I did. New opportunities are opening up and things will only get better from here.” Fingers crossed!