Bengali actress Koel Mallick gets candid in a chat with Filmfare

Bengali actress Koel Mallick gets candid in a chat with Filmfare 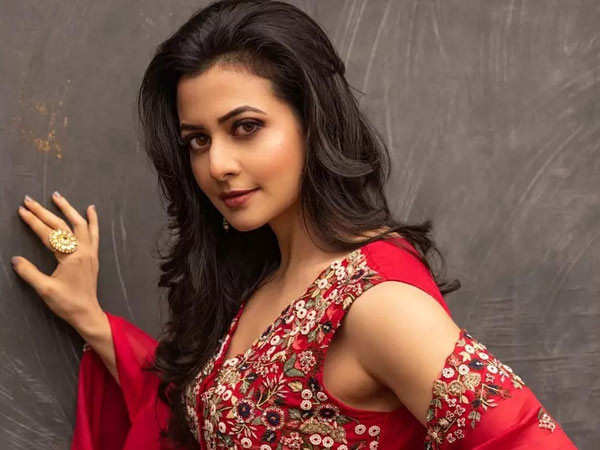 Koel Mallick is the daughter of the veteran Bengali actor Ranjit Mallick. She made her debut as an actor while still in college with Nater Guru (2003). Though she started off playing arm candy to the film’s hero, she slowly made a name for herself by choosing films which allowed her to showcase her talent. Films such as the dark and brooding Hemlock Society (2012), the supernatural fantasy Arundhati (2014), drama Chhaya O Chhobi (2017), romcom Ghare & Baire (2018) and detective film Mitin Mashi (2019) established her as an versatile actor who could fit into any genre. She married producer Nispal Singh Rane in 2013. They had been in a relationship for seven years before deciding to tie the knot. In May 2020, at the height of the pandemic and the lockdown, she became mother to son Kabir. She’s been taking it easy since then, revelling in the challenges of motherhood and rediscovering her own childhood in the process. Excerpts from an interesting tete-a-tete with the Bengali beauty

You’ve played so many roles and the current role that you’re playing is that of a yummy mummy. You’re so busy doing ads, movies and endorsements, so how do you find time for the baby?
My baby is my utmost priority. It’s not about consciously taking a decision like “No, I can’t do that or I can do this”. I think once you’re a mother, you’re always a mother. He’s a part of me. Even when I’m at work, I know what he’s doing at that point of time. I have to video call and check if he’s having his food properly because he’s teething now. So for the few days, he was being extremely cranky about food. He wasn’t eating properly so I was stressed. I was chasing him and then I thought, this is the reason commercials happen that way where mothers chase their children saying, “kha le beta”! And the same thing happened in my house where I was chasing my son. Thankfully, at this point of time, I haven’t begun shooting for any particular film but I’ve obviously started other work like going to events and meetings. Once you start shooting, you have to adhere to call timings. You have to be there, be on the set, you can’t rush back because you have a baby at home. But for events and all, I make it a point that it is not during the time that he’s having his lunch or going off to bed because before going off to bed, he’s kind of cranky. I have to be with him throughout the night. So everything put together, it’s an overwhelming experience. Earlier, when I used to speak to mothers they’d say that it’s inexpressible – the kind of feeling that you have as a mother. But now, being a mother, I completely understand. I instantly guess the expressions that comes on his face. I know what he wants and what he dislikes. Thankfully, he’s a happy baby and he’s always giggling. During the time that he was in my womb, I used to listen to all kinds of beautiful music and bhajans and dance merrily. During the lockdown, when
I was completely confined to my house, I was generally having fun. Maybe because of that, it’s got into him. He’s a fun-loving baby and is always entertaining others or entertaining himself.

Now that you have a child of your own,
do you understand your own mother better? The kind of stress that you must have given her…
My mother always says that I’ve always been a very lokkhi (good-natured) girl, you know. I’ve always been extremely obedient towards my parents. I don’t think I was a difficult child. But my husband Rane (Nispal Singh Rane) was very mischievous as a kid. Yesterday, for instance, we went to the playground and I was enjoying myself on the swings beside my son. Rane was pushing the swing and while I kept telling him to slow down, he kept pushing the kid higher and higher and didn’t listen to me. When we went back home I told my father-in-law that your son is going to spoil my son by teaching him all kinds of mischief. My son is going to have a mixed personality, I think.

You’ve dated your husband for the longest time and then you got married in 2013. How has the marriage been? How has it changed you as a person and how has it changed him as a person?
We did not start our relationship as lovers. We started off as friends and experienced the dependence, the faith and loyalty that comes with friendship. I think that if you start off as lovers, the honeymoon period gets over after a few days. For me, it’s been about having the faith that he’s always going to hold my hand and always be responsible as an individual. My father’s always been like that to me and to my mother. No matter how busy he was, I can never say that he wasn’t a good father to me or wasn’t a good husband to my mother. I think, unknowingly, those are the traits and characteristics that I was looking for in my husband. When I started working with Rane, I’d generally talk to him about my profession and other stuff because I didn’t want to stress my parents out. Now that I look back, I notice that I’d go to him for advice and be absolutely certain that whatever he’d suggest would be good for me. I remember during my initial days in the industry – around my fifth film, I texted Rane saying that I think I’m a misfit here. I’ve always had a sheltered existence and I began working during college, so I never really had the chance to make friends or get to know people. And Rane texted back: “I think you’re Miss. Fit here”. I will always be thankful for that because that made me believe that I should stick to this industry…

Wow.
Yes, because I didn’t understand the language of the industry at that time. And Baba never discussed it much at home. However, Baba taught me to be responsible. When I signed my first film, he told me that this wasn’t a game and that a lot of money was being invested in the film. Since then, I’ve engraved that in my heart. For me, work is worship. (Laughs) Also, I’m fortunate and blessed that God has surrounded me with such nice people because I cannot tell you how impossible I’ve been.

Give me an example. You seem to be such a sorted individual.
(Laughs) Not as an individual but as an actor, God! I used to look at my rushes and blush because I was bad. I was horrible (Blushes). And I was not as confident, as mature as people are today. Now, when I see people coming into the industry, they know how they are going to dress up and style themselves and they’re very well put together. I had no idea about that. I just feel blessed that people have overlooked my flaws and loved me.

How much has your education helped you as an actor?
I remember being an agony aunt in my class. I was graduating in psychology and I’d started shooting at that time. On top of all that, I was also the class representative. Our professors were extremely serious about our education so much so that college felt like school. There was a huge amount of discipline. Psychology has helped me a lot in understanding why some people are bitter. Generally speaking, if someone is bitter with you, you don’t try to understand where they’re coming from. You feel bad. However, I think I’ve maintained that place where people feel they can talk to me about their life. In college, I remember thinking at times, “She’s not my close friend, just a classmate but how is she sharing such personal stuff with me?” Many times, you hardly get someone to listen to your woes. And most times you don’t want advice but just need to pour out your concerns. So, if somebody is pouring their heart out to you, you should just listen to that person. So yes, psychology helped me a lot not just in my profession but also in my life.