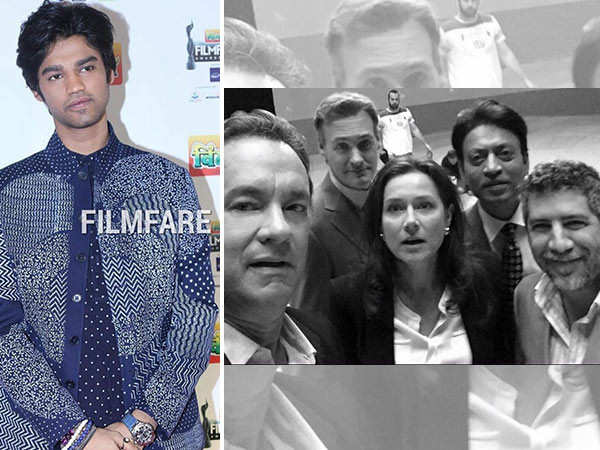 The late Irrfan Khan impressed every movie lover with his great performances. He might have left us for heavenly abode but remains alive in the memory of his fans. His son Babil Khan often shares some anecdotes or throwback pictures to refresh our memories.

Recently Babil Khan shared a picture of his father from the sets of Inferno. The actor who has been a part of several Hollywood films, has even worked with Tom Hanks in this 2016 release. The actor shared a black-and-white picture where we see Irrfan khan posing with the likes of Tom Hanks, Felicity Jones, Sidse Babett Knudsen. Babil captioned the picture saying, ”I have an insane legacy to live up to.” True indeed.

Earlier this year at the Filmfare Awards, when the Irrfan Khan won the Best Actor in a Leading Role trophy for Angrezi Medium, Babil went to receive the trophy and even shared an anecdote about how his father wanted to teach him acting and Babil had promised him in few days he will learn acting from him. However Babil’s dream to learn acting from his father remained unfulfilled as his father succumbed to his illness. Babil will make his debut soon with Qala – a project produced by Anushka Sharma, which has Tripti Dimri starring opposite him.