Kiara Advani misses being a part of the Himalayan Film Festival

Kiara Advani misses being a part of the Himalayan Film Festival 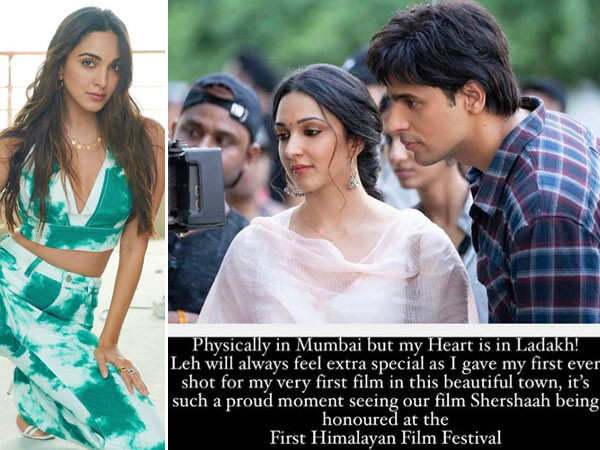 Kiara Advani and Sidharth Malhotra’s Shershaah was the most acclaimed film of 2021 without a doubt, at least till now. The film received a lot of love and appreciation from the critics, the audience as well as from the film industry. The film has been directed by Vishnuvardhan and bankrolled by Dharma Productions and Kaash Entertainment. Sidharth arrived in Leh yesterday to attend the first ever Himalayan Film Festival where Shershaah was honoured and also screened as the opening film along with the director of the film and co-stars Nikitin Dheer and Shiv Panditt. However, the leading lady Kiara Advani had to give it a miss due to work commitments.

Kiara took to Instagram to share a heartfelt note about the same and wrote, “Physically in Mumbai but my heart is in Ladakh! Leh will always feel extra special as I gave my first ever shot for my very first film in this beautiful town, it’s such a proud moment seeing our film Shershaah being honoured at the first Himalayan Film Festival.”