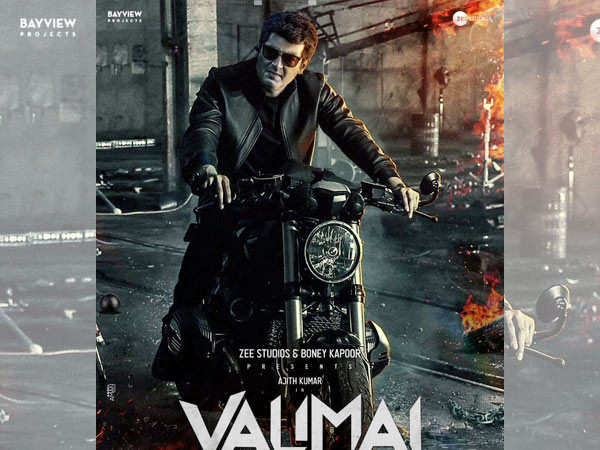 Valimai, starring Thala Ajith, is one of the most anticipated films in the past few years. Today, producer Boney Kapoor has shared a news that is sure to thrill every Thala Ajith fan. Boney Kapoor has confirmed that Valimai will be released on the big screen in Pongal 2022. The shooting of the last schedule of the film was wrapped up in Russia last month. Thala Ajith’s Valimai is a cop drama which has been directed by H Vinoth.

According to media reports, Valimai’s last schedule included a high octane stunt sequence with Thala Ajith. After completing the shoot for the film, the popular actor went on a 10,000 km bike trip across Russia – just a trailer for his upcoming world tour on his bike. “Happy to announce that #Valimai will hit the screens on Pongal 2022. #ValimaiFromPongal #ValimaiPongal #Valimai (sic),” tweeted Boney Kapoor.