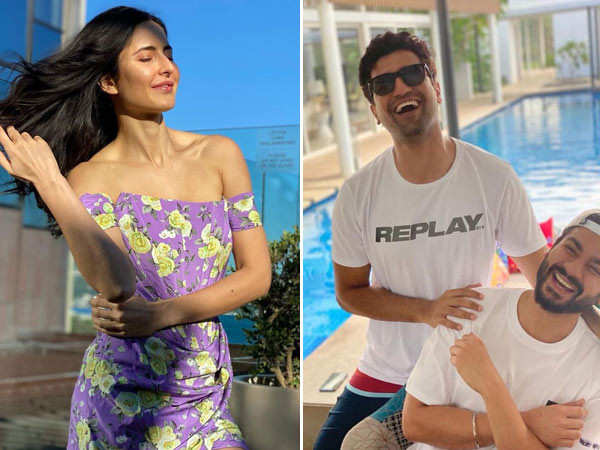 Rumours of actor Vicky Kaushal’s upcoming wedding with Katrina Kaif have been doing the rounds for a while now. There were even certain news reports stating that the two had had a ‘roka’ ceremony at home. However, Katrina was on her way to Turkey to shoot for Tiger 3 at the time. Now, Vicky Kaushal’s brother, Sunny Kaushal has spoken up about these rumours. In an interview with a leading film portal, Sunny stated that none of the relatives of the family were angry at not being invited to this alleged ‘roka’.

“It wasn’t anything like that, everybody knew it was nothing. I think, within a few hours they had clarified about it too. We don’t know how that whole thing even started. We just woke up in the morning and there was this news, and then everyone was like, ‘what is this?’ It was like the newspaper saying, ‘Today, there’s no news, so let’s print this’,” Sunny Kaushal said.

“I remember that Vicky had gone to the gym in the morning when the rumours started coming. So, when he returned home, mom and dad funnily asked him, ‘Arre yaar, teri engagement ho gayi, mithai to khila de (We heard you got engaged, please treat us to sweets)’. And then Vicky told them, ‘Jitni asli engagement hui hai, utni asli mithai bhi kha lo (Since the engagement is imaginary, the sweets will be too)’,” he said in another interview with an entertainment portal.