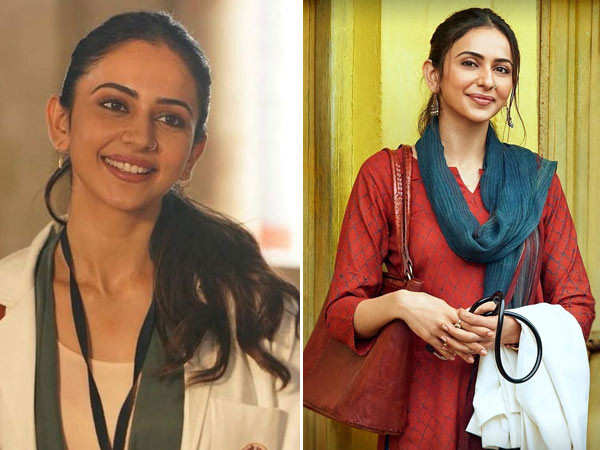 Rakul Preet Singh will be seen alongside Ayushmann Khurrana and Shefali Shah in Doctor G. The film will have all three of them playing the role of different doctors. Rakul’s look was recently revealed by the makers and soon after, she spoke to a leading daily about how difficult it was to play this character.

She said, “Shooting for Doctor G has turned out to be an interesting experience. Since I play a doctor, the mannerisms and actions. It was mandatory to learn important things related to the medical world to make it look real on-screen. The journey of becoming Fatima was an amazing process, which I will cherish forever.”

She added, “By just wearing the doctor’s coat, you suddenly feel a sense of responsibility, even though you are just playing a character. While treating patients for the scenes in the film, one truly understands how much responsibility doctors have on their shoulders and how difficult their life is.”