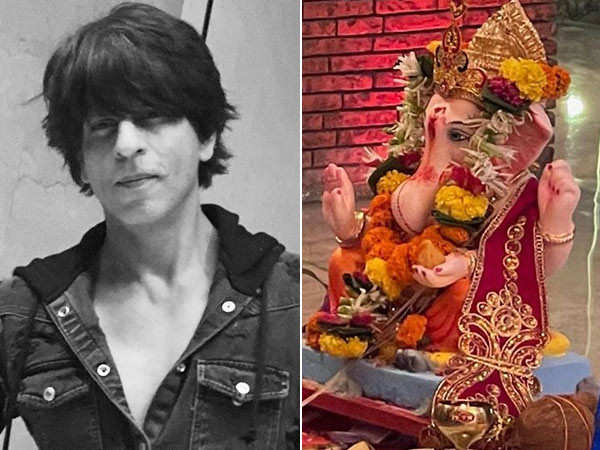 Yesterday marked the end of Ganesh festivities as it was Anant Chaturthi. Lord Ganesha idols bid adieu from the pandals and homes. Shah Rukh Khan who brings Lord Ganesha home too bid adieu to Ganpati Bappa.

Taking to his Instagram this morning, Shah Rukh Khan shared a picture of the idol which graced his house. The idol is adorned with garland and a modak placed in his hand. The actor posted a beautiful caption for the post and said, “May Lord Ganesha’s blessings remain with all of us until we see him again next year… Ganpati Bappa Morya!!!”

Every year SRK brings the idol home and at times even shares pictures of the idol with his youngest son AbRam Khan. He had once even mentioned that AbRam says Ganpati Pappa and that had won the internet’s heart.

Shah Rukh Khan is currently shooting for Atlee’s next. Reportedly the film is titled Lion and stars Nayanthara, Sanya Malhotra, Priyamani. The actor even has YRF’s next Pathan co-starring Deepika Padukone.