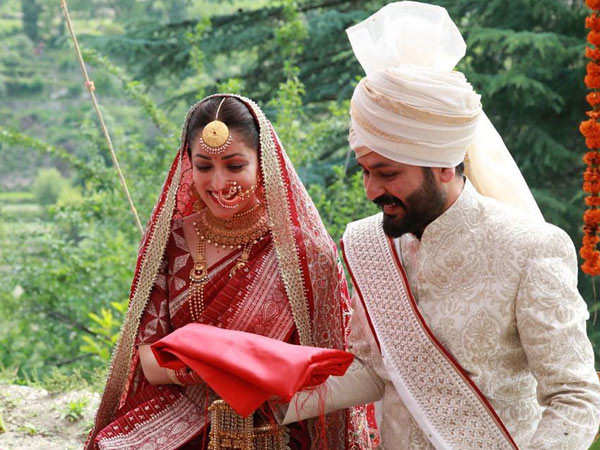 Yami Gautam got married to filmmaker Aditya Dhar on June 4 this year in an intimate ceremony in Himachal Pradesh. The actress’s wedding was a traditional affair and unlike the many Bollywood weddings that have preceded it. While promoting her recently-released film, Bhoot Police, on Kapil Sharma’s TV show, the actress was asked how Aditya Dhar proposed to her.

“Kisi ne nahi kiya. Shaadi ho gayi (No one proposed, we just got married),” she said on being asked who proposed to whom. Aditya Dhar has directed the Vicky Kaushal starrer Uri: The Surgical Strike. Earlier, on the same show, Yami had spoken about how she only had 20 guests at her wedding. The wedding took place in Yami’s farmhouse in Mandi.

“You just know it in your gut. It’s not something that you can really describe. You just know it. When you start understanding the person’s value system, and what family he belongs to. You don’t have to have similarities or share common things in your interests, but have similarities in your value system and in your ethics. And we share that a lot. I have a lot of respect for Aditya and I had a lot of respect for him as a professional and as a person. I respect him for who he is,” she had told a leading daily earlier about Aditya Dhar.