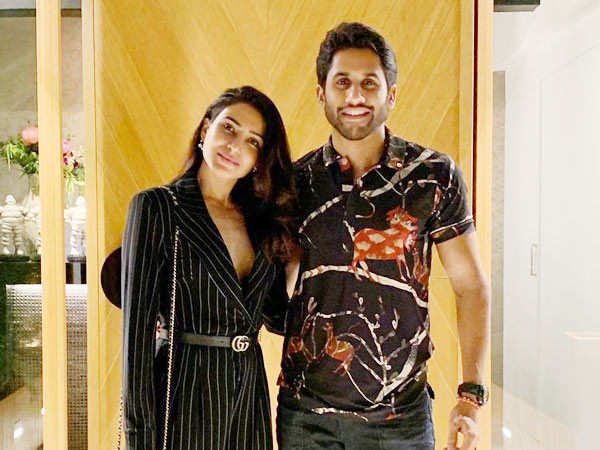 Persistent rumours have been doing the rounds that actors Samantha Akkineni and Naga Chaitanya are heading for a divorce. Samantha is not one to react to rumours or trolls but that doesn’t mean she doesn’t get questions about the rumoured split. While leading Tirumala temple, Samantha was asked by a paparazzo about the rumours of her divorce with Naga Chaitanya. “Gudiki vachanu, buddhi unda (I have come to a temple, don’t you have any sense)?” she said while pointing towards her head. The video of the exchange has gone viral on the internet.

Neither Naga Chaitanya nor Samantha have commented on the rumours. The couple have been married for four years now. When asked about why she dropped the Akkineni surname from her social media accounts and changed her name to ‘S’, the actress told a noted film portal: “The thing is, even with trolling for The Family Man or this, I don’t react to them. That is how I have always been. I don’t react to this kind of noise and I don’t intend on doing so as well.”

Sam really proud of you!! Some people don’t understand what to ask when .. Just loved that reply of yours !@Samanthaprabhu2
.
.#SamanthaAkkineni #SamanthaRuthPrabhu #Samantha pic.twitter.com/5RUO5bbhbz

“Everybody wanted me to react to The Family Man issue. There were like 65000 tweets hammering me. I just thought no. I will speak when I have to speak and when I feel like saying something. I will not be bulldozed into saying something,” she added.