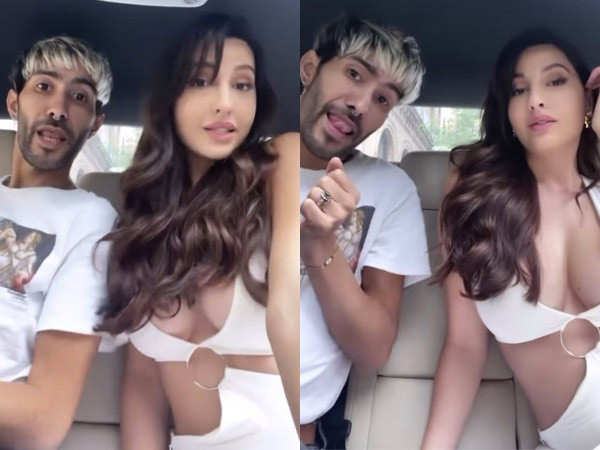 There is no doubt that Nora Fatehi is one of Bollywood’s hottest actresses. The stunning diva has a physique to die for an attitude to match. Not one to adhere to societal conventions, Nora always manages to start an online conversation with her outfits and has one of the highest engagement rates on Instagram. Today, Nora took to her Instagram Stories to share a video of herself and a friend singing along to Cheche by Tanzanian singer Zuchu.

In the video, Nora is seen wearing a risqué white dress that is similar to Megan Fox’s statement-making black cut-out Mugler dress which she wore for the Billboard Music Awards. Nora has always looked great in white and her make-up, as usual, was on point.

2021 has been a good year for Nora. Ever since she broke multiple records with her performance in Dilbar, the actress and performer has become a mainstay in Bollywood. She also made her acting debut in the recently-released Bhuj: The Pride of India opposite Ajay Devgn, Sanjay Dutt, Sharad Kelkar, and Sonakshi Sinha. Earlier this year, Nora also performed some of her hottest hits at the 2021 Filmfare Awards.