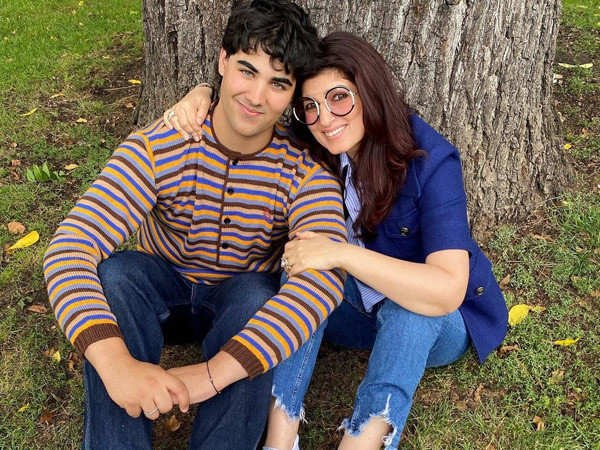 Akshay Kumar and Twinkle Khanna’s son, Aarav, turned 19 years old yesterday and mother Twinkle Khanna took to social media to wish her son a happy birthday. The actress shared a post on Instagram of herself and Aarav posing for the camera under a tree. In the picture, Twinkle can be seen wearing a denim shirt, jeans, and sneakers while Aarav wears a striped T-shirt and jeans. “My beautiful birthday boy,” she wrote in the caption.

In an episode of Discovery’s Into the Wild with Bear Grylls, Akshay Kumar had shared his thoughts about Aarav. “My son is very different. He just doesn’t want to tell anyone that he’s my son. He wants to be away from the limelight. He wants to have his own identity. That’s the whole thing and I understand it. So, I let him be the way he wants to,” the Bell Bottom star had said.