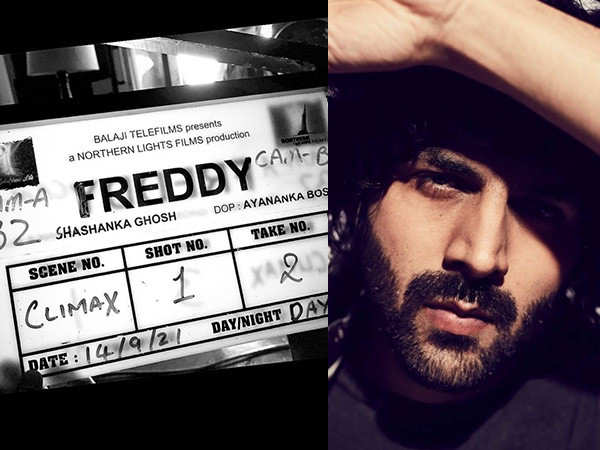 Kartik Aaryan is always sharing pictures and videos from his work life and home space on social media and makes sure his fans never lose touch with him. The actor is currently shooting for Freddy and has something to share with us.

Kartik took to his social media and shared a picture of the clapper from the set. The clapper says that it’s the climax shoot of the film and his caption reads, “Climax pe climax”. The caption reads this as he had just finished shooting for another film’s climax sequence recently. Kartik Aaryan had shot for Bhool Bhulaiyaa 2 climax last week and it was said he even lost his voice while shooting for it. As soon as he wrapped up BB 2 looks like he jumped on another intense climax sequence for Freddy and no wonder the young star was thrilled to share it on his social media.

Kartik and Alaya F had recently just gone to Panchgani to shoot for Freddy. The actors had even shared videos from their road journey to the location. Freddy is backed by Ekta Kapoor and helmed by Shashanka Ghosh. Apart from these two films, the heartthrob has other big releases too like Dhamaka and Captain India.